Chase suspect dies after crash and shootout with law enforcement 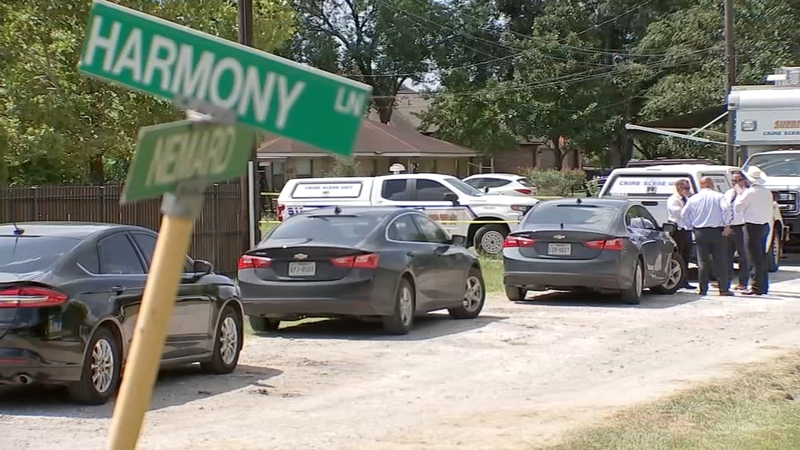 Chase suspect dies after crash and shootout with law enforcement

CHAMBERS COUNTY, Texas (KTRK) -- The chase suspect who was wounded in a shootout with law enforcement after crashing along I-10 in Chambers County has died, according to authorities.

The crash scene located just east of Anahuac is connected with a barricade in east Harris County where deputy constables had been fired at Thursday morning, according to Sheriff Ed Gonzalez.

The sheriff added that the vehicle used in the chase was stolen as the suspect fled the original scene.

SkyEye captured a heavily damaged DPS vehicle and a wrecked pickup at the end of the chase.

Gonzalez said the suspect had been shooting out of a vehicle during the pursuit, but it was not known whether the suspect's fatal shot was self-inflicted or from law enforcement.

Harris County Sheriff Ed Gonzalez gives details following a chaotic barricade and chase that ended with the death of a suspect.

A DPS trooper was airlifted to the hospital. That person's condition was not immediately known.

The earlier barricade was reported in the 8500 block of Nemard Lane, which is just off Highway 90 and Miller Road.

The sheriff said Harris County Precinct 3 deputy constables who responded to a CPS referral on a 16-year-old girl's welfare were fired upon. At one point, one of the deputies was unable to escape the home as the shots continued, but was later taken to safety.

@HCSOTexas is on-scene at the 8500 blk of Neymar Ln. Active scene, all info is preliminary. A deputy Constable was on location on a call for service. A suspect fired at the deputy. The deputy is unable to exit and the suspect is barricaded. Unknown if anyone is injured. #HouNews pic.twitter.com/yYBbAPSi8T

There were no injuries in the initial incident.

The sheriff then said the suspect in the barricade took off in the stolen vehicle, later confirming an active pursuit was underway.

There is an active pursuit of the suspect. Suspect fled towards Chamber County, just crashed out, and still firing at shots at law enforcement. #HouNews https://t.co/TSSCIoMVpw