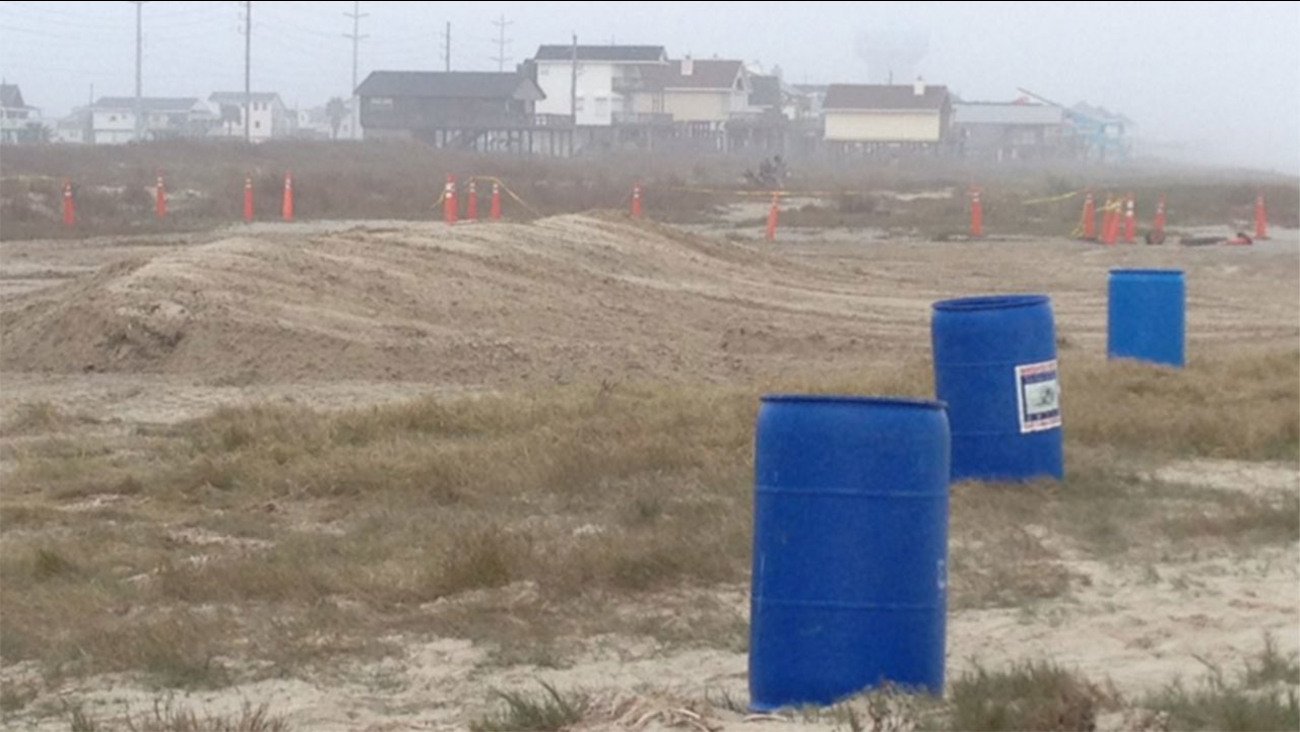 GALVESTON, TX (KTRK) -- The carcass of a 44-foot whale that resurfaced after its burial along the shore of Texas beach has been interred again.

Heidi Whitehead, of the Texas Marine Mammal Stranding Network, had been called out to the beach Friday after reports that the whale's remains resurfaced. Whitehead performed a necropsy on the 44-foot whale Wednesday. The whale, which was determined to be a male, had been buried in a trench where it came ashore.

It wasn't immediately known why the whale died Tuesday, several hours after it was seen struggling near the shore. The group believes the whale was a sei whale, an endangered species not typically found in the waters near the Gulf of Mexico.