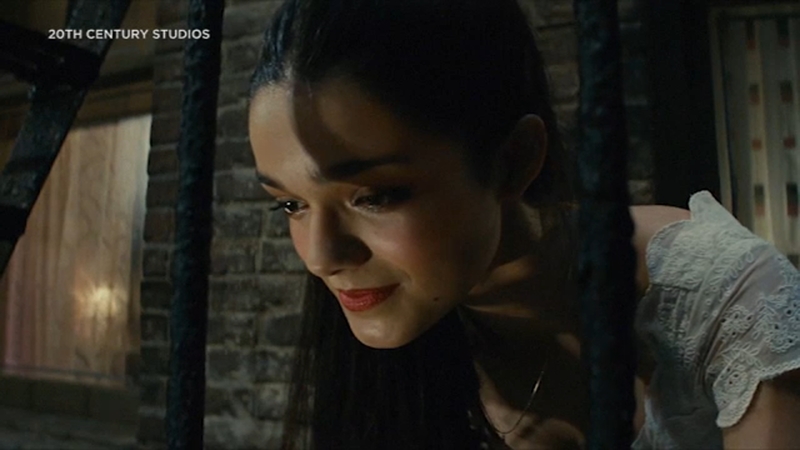 NEW YORK -- The premiere of "West Side Story" is proof of the old saying, "good things come to those who wait."

Shooting wrapped up on this film two years ago, and the release of the movie musical was delayed a full year by the pandemic. But now, it's being hailed by critics as a masterpiece.

At the center of the picture is a young woman named Rachel Zegler from Clifton, New Jersey, who was unknown until now.

Before his recent death, the legendary Stephen Sondheim, who wrote the lyrics to "West Side Story," compared her singing to a nightingale. You will too after you hear her sing, "Tonight, tonight. It all began tonight."

In the new Disney+ series "Welcome to Earth," Will Smith goes on adventures around the world to encounter natural phenomena.

The musical is based on Shakespeare's tragedy "Romeo and Juliet," but what happened to this one young woman is more like a Cinderella story.

Zegler greeted me by saying, "I've been watching you since I was a child. I can't believe this is happening!"

She has come a long way in a short period of time, and I asked her if she ever reflected on where she was just a few years ago.

"Every time I do I burst into tears," she said. "I was a teenage girl singing covers of Broadway musical songs in her bathroom, and now, I'm at a movie premiere of my own film, and my face is everywhere. It does not feel right or real."

Zegler was chosen from among tens of thousands of tapes submitted by those hoping to play Maria.

"She was 16," Casting Director Cindy Tolan said. "She auditioned from her bedroom in Clifton, New Jersey. No agent. Some high school musicals."

Tolan called her in for an audition and then brought her to the attention of the film's director, Steven Spielberg.

"She's extraordinary," marveled Spielberg as he spoke to me about the thrill of discovering her.

His young star returns the compliment, remembering how intimidated she was by the Oscar winner's reputation and the big scale of the project.

"He noticed how scared I was, and he told me to use it to my advantage," she said. "And he said, 'It's not a weakness, it's a strength, and just take that fear and incorporate it into your character and use it to propel your scenes forward.' And that's exactly what we did."

Her leap to the big time may have changed her circumstances, but not her outlook on life. She remains down to earth, gracious, and kind.

Folks in Clifton have to be so proud.

"West Side Story" is from 20th Century Studios-owned by the same parent company as this ABC station.