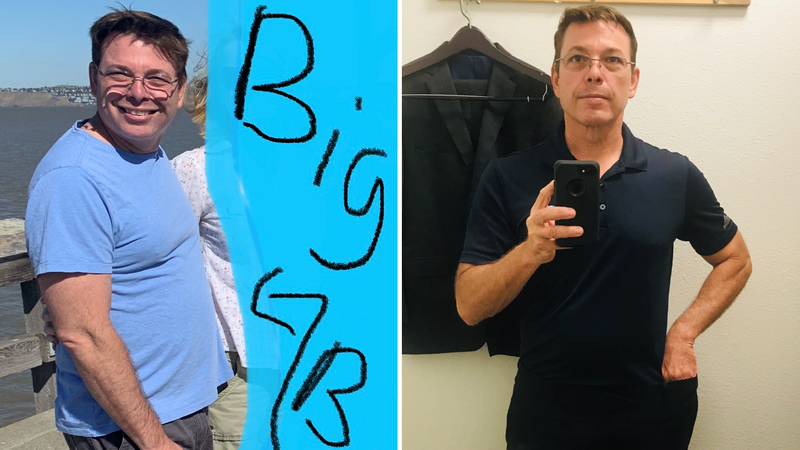 Many people have said I didn't have 39 pounds to lose, but my waistline said otherwise.

Last year, I watched in shock and disbelief as the number on the scale just kept getting higher and higher. I have always been active and have gone to the gym regularly for decades. At 5 feet 9 inches, my weight has always been around 167 pounds.

I rarely stepped on a scale and never worried about what I ate or the amount of food consumed during the day. 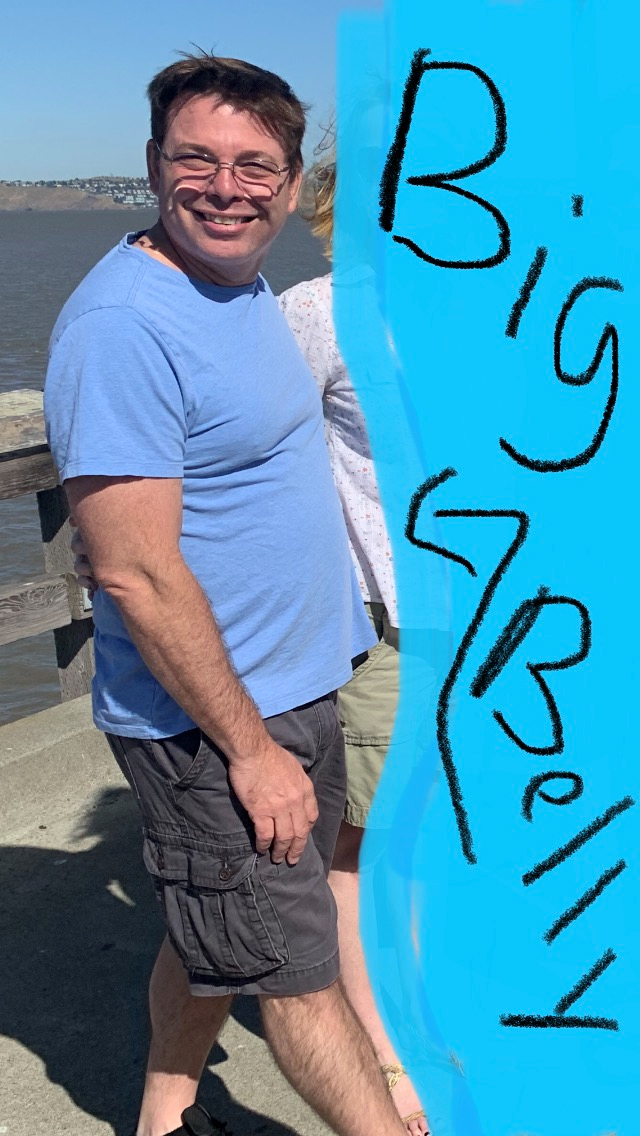 The most unflattering picture I've ever taken was in Aug. 2019. I could not believe my eyes.

I made it a habit to work out at least three days a week and just could not fathom why I was gaining weight. When I hit 200 pounds, I decided it was time to take a look at my diet and exercise regimen.

At the time, my gym routine was the same from year to year with little change.

I did a full upper body workout with weights and machines three days a week, concentrating on the major muscle groups: chest, back, shoulders, triceps and biceps.

As for eating, I go to work at 3 a.m. so I eat four meals a day, plus snacks before dinner.

At noon, I would usually have leftovers from the night before and never considered how many calories it added up to.

I would exercise in the afternoon, then snack on whatever was available, like chips, cookies or Goldfish. Dinner was whatever my wife or I prepared, which was usually chicken, and a few light beers to end the night.

I needed to make a change.

Press play to watch how a Richmond resident embraced the fitness community in his area and turned his life around.

In order to lose weight, I decided the first thing I would try was CICO (calories in, calories out).

At the same time, I looked at my workout and decided to incorporate treadmill sprints two days a week. I did that on Tuesdays and Thursdays for one hour per day.

At this point, I was going to the gym five days a week and while I was now under 200 pounds, I could not get under 190 pounds.

Around the beginning of February, I took another assessment and stopped kidding myself. I was still eating way too much and moving way too little.

So here's what I eat now.

I make this at home. All the veggies are raw and organic. My wife found the salad recipe in a pair of books that deal with nutrition and preventing cancer. We call it a "Power Salad."

At noon, I have a sandwich with 2 slices reduced calorie bread, 2 slices thin cut deli ham, 1 slice thin cut deli cheese, kale or spinach and yellow mustard with another 16 to 20 ounces of sweet tea.

My snacks now consist of raw bell pepper slices or a hand full of spinach leaves, or raw carrots or cashews or an apple (occasionally with peanut butter).

My dinner continues to be home cooked meals but I try to eat less overall. I'm not going to lie, I still enjoy a couple of light beers with dinner.

I also changed up my exercise routine in a big way.

In February, I decided going to the gym with COVID-19 around was a bad idea. Luckily, I have a treadmill at home and a pair of 10-pound hand weights. Those are the only pieces of equipment I used to whip myself into shape.

On Mondays, Wednesdays, and Fridays, I did a Spartacus workout. It is 10 exercises done for one minute each, with 15 seconds to go from one exercise to the other. I rest for two minutes, then repeat the whole process two more times.

I substituted two exercises because I felt more comfortable doing them. Instead of the 'side lunge and touch' I do a 'sandbag dead lift' and the 'split jump' is a 'weighted lunge' for me.

I then added biceps curls to the list. It's the last exercise of my routine. So I am doing 11 exercises, one minute each, with 15 seconds to get set for the next exercise. It takes 13 minutes 30 seconds. I rest for two minutes and then complete a second round. After one more rest break, I finish with a third round. It takes about 45 minutes in total.

On Tuesdays and Thursdays, I walk/run four miles each day on the treadmill. My pace is three minutes at 4 mph, and then one minute at 8 mph. This takes just under an hour.

I recently added three rounds of an ab routine. I do the ab routine each day after running.

I did this every day and every week since the end of February. I only missed one Friday session because I had to re-sod my front yard. I do not exercise on the weekends, but I usually stay busy with lawn care and house work.

The results were stunning.

In late March, I started using an app to track my weight. I was only tracking my weight sporadically prior to getting the app, but I could fill in some of the back data.

I can't explain the dramatic loss this month, it blows my mind.

On May 14, for the first time in years, my BMI was no longer "overweight."

I originally set a goal weight of 167 pounds. I reached that May 27.

I decided back in April to make my goal weight 165 pounds. I reached that May 29.

However, I changed goal weight around the beginning of May when I found a website that talks about your "ideal weight" for your height. There are at least seven different schools of thought on this. The average of those different "ideals" for my height is around 152 pounds, but that seemed too light for my tastes.

So my final goal weight was 160 pounds, but a colleague told me to stop losing weight when I hit 161.

I reached 161 pounds on June 26 after a short plateau. 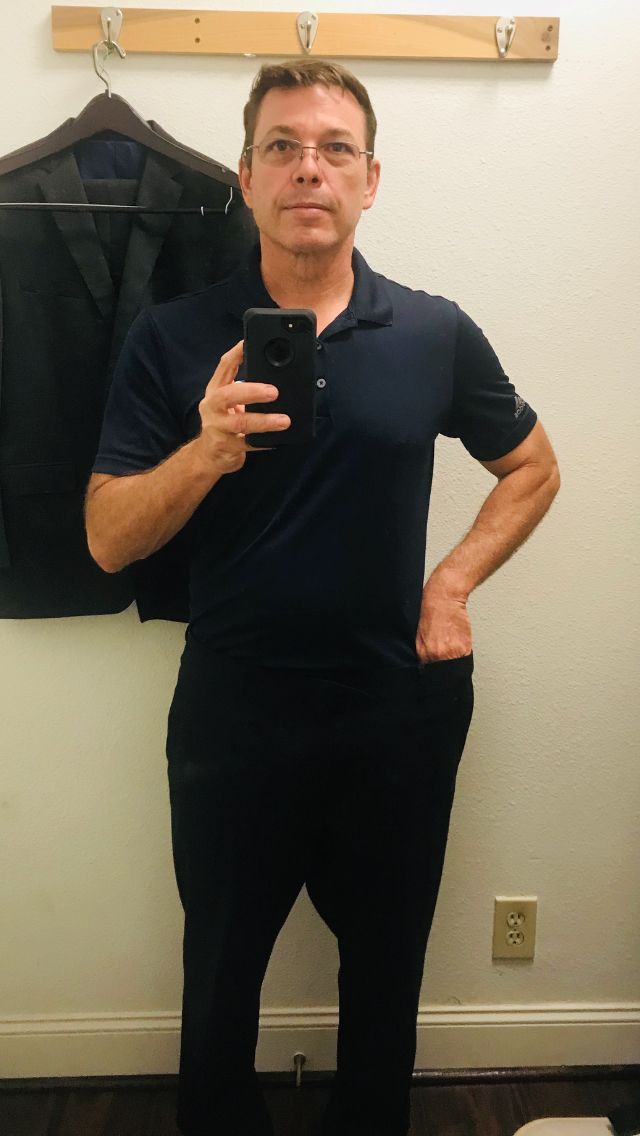 I would typically exercise at 1:30 p.m., after letting my noon meal settle.

My caloric intake starting in late February was around 750 calories from 2:30 a.m. to 1 p.m. It's hard to tell the calories total for dinner, but I'm guessing about 1,000, plus 400 from the beer. Add to that about another 100 calories from snacking prior to dinner.

So guessing I take in 2,250 calories per day, while burning between 1,200 and 1,300 calories on Mondays, Wednesdays and Fridays, and then 800-900 calories Tuesdays and Thursdays. Plus I use up 2,000 calories daily just being alive.

I typically weighed myself after working out.

During this weight loss journey I only had four pieces of candy, three Oreo cookies, two small homemade chocolate chip cookies, two homemade lemon squares, a chocolate petite-four and one small McDonald's Flurry. I had one lunch of a McDonalds quarter pounder with cheese and large fries, and one dinner of thick crust frozen pizza.

We did eat takeout on most Fridays. We typically had sushi or Mediterranean food, but occasionally chicken fajitas or a thin-crust veggie pizza from Domino's.

Now that I'm at 161 pounds, I am changing up the workout routine to allow me to maintain the weight. Consult with your doctor before exercising.

A word of caution to anyone who decides to try this. I was already working out five days a week before the gyms closed. Even so, the first two weeks of this exercise routine were very difficult. Do NOT go from the couch to this routine and diet. I slowly worked my way up to the recommended one minute per exercise of the Spartacus workout. The treadmill speeds and distances were also slowly increased overtime. Throughout this journey, I slowly found places to cut calories from my diet.

I am not saying this plan is right for everyone. It worked for me, but that doesn't mean it will work for you.

Also, I found my current 2:30 a.m. and my 7 a.m. meals left me feeling hungry about an hour before meal time. I got some good advice that helped me get through that.

"It's OK to feel a little bit hungry." Simple but effective, those words kept me from snacking or going off my diet. I can't tell you how many times I repeated that line during the last five months.

As a result of the weight loss, my clothes no longer fit properly, but I'm good with that. My wife LOVES that the belly is gone and is replaced with defined abs. I've gotten so many compliments the last few weeks, and that really helped to keep me focused. 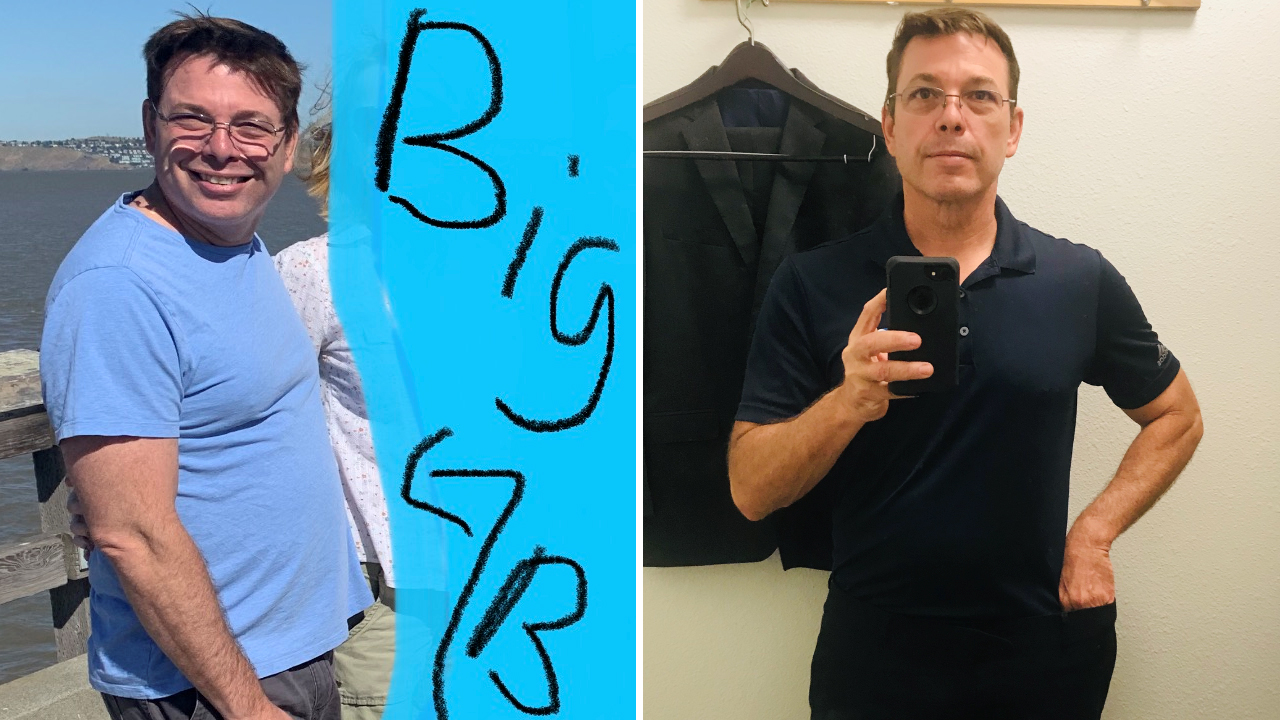 I found a lot of advice and motivation online, mostly on Reddit in their weight loss sub-Reddit groups.

You can lose weight, too. Don't get discouraged. Don't feel down when the scale goes up. That happened to me several times, but I just kept with it.

Overall health was my main driving force behind this. When the scale bounced up, I made sure to remind myself that being healthy was the real goal. My wife told me I started losing weight the moment I made my mind up to do it.

The hardest part of my weight loss journey was posting that horrific "before picture."

Looking back I think the keys to losing 40 pounds were dietary consistency and daily vigorous exercise. Diet and exercise -- what a concept.