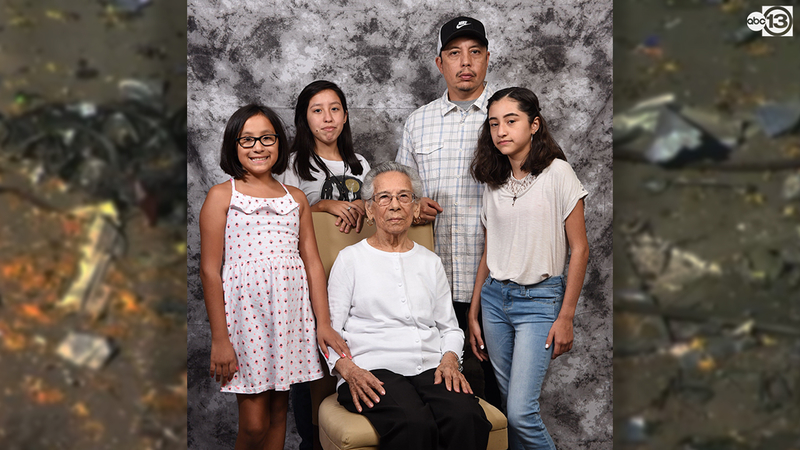 Chief Sam Pena said Frank Flores and Gerardo Castorena Sr., employees of Watson Grinding and Manufacturing, were using the gym facility before the workday when the explosion happened. Both were killed.

Chief Art Acevedo informed the public that the son of Castorena was in the U.S. Marines and sent a plea to community members advising them to reach out to the Marines in order for him to come home immediately. More than 24 hours later, the Marines agreed to let him travel home to be with their family, according to the military group 'Boots for Troops'.

Castorena Jr. posted a heartbreaking message on Facebook, hoping the Houston community would help. He wrote, "This Friday my father was taken from me in the accident at Watson. This is by far the hardest thing I've ever had to go through. If y'all can help out we'd be endlessly grateful."

On Saturday afternoon, the Castorena family shared a photo of the victim alongside his grandmother and his three daughters, Italia, Ashley and Aylen. They also released a statement, saying:

"It's with a heavy heart that we had to say goodbye to a loving father, son, brother, and friend yesterday morning. We do ask for privacy as we grieve during this time. Thank you all to those for your kind words and support as we get through this difficult time.

If you would like to donate to the Castorena family, please visit Facebook.com/donate.

Frank Flores is also being remembered as a husband, father and grandfather.

Early Friday morning, a neighbor who lives five miles away from Watson Grinding said she felt the plant explosion.

Just five minutes earlier, she'd been on the phone with her friend.

He works at the Watson Grinding plant and always arrives early.

"They have a gym. He usually gets his workout early before he starts work," Bobbie said.

But on Friday, he had a concern. He told her over the phone that he smelled something strange.

"He goes, 'Hey, something is not right.' I'm like why? And he's like, 'I'm here in the parking lot at my job and I just smell something really, really funny'. He goes, 'It smells like gas.'"
Then, Bobbie says her friend walked towards the building.

"He said, 'Let me walk up to the door.' So he walked to the door and he said, 'I can hear a very loud hissing sound.'"

He told her that he'd call back minutes later.

She heard the explosion, and never heard back from her friend.

"I saw the name of the plant, Watson and then I knew," said Bobbie.