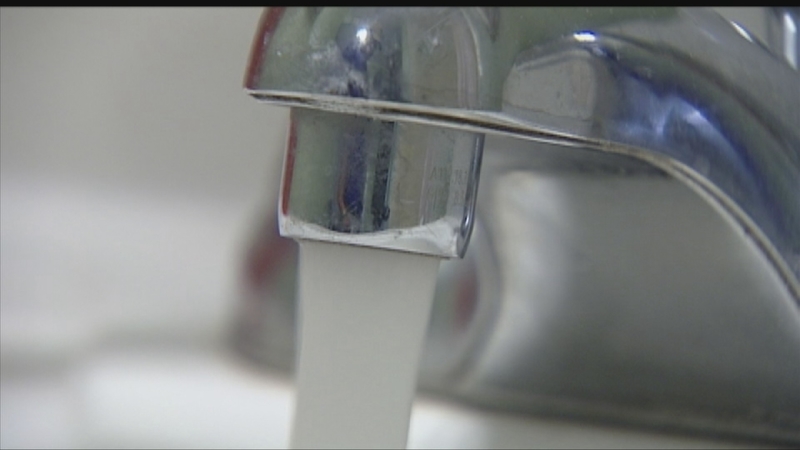 HOUSTON (KTRK) -- The city of Houston overcharged 241,000 residential and business water customers and has sent out letters to residents saying they will receive a credit on their next bill.

The mistake, which amounted to overcharges to the tune of $24.9 million, was due to a miscalculation of late fees and was caught by a city audit, according to officials with the city's public works department.

With a total of 530,000 city water customers, this mistake hit nearly half of all city of Houston water customers. Letters were sent out in late November informing customers of the overcharges.

Some customers were overcharged just pennies, but at least one business was overcharged $411,567.

The city's public works department officials said their system wasn't giving anyone credit for partial payments toward their water bills. Instead, the system allowed late fees pile up on all the money customers owed -- even if customers paid some of it down.

City officials were aware of the problem in June 2013 but didn't start paying anyone back until late last year. Letters were sent to overcharged customers in November 2014.

"All credits will be paid by the end of January 2015," a public works spokesman said in a statement.

And even then city officials didn't tell Houston City Council about the mistake until ABC-13 started asking questions about it.

"It is a big deal," said Councilman Robert Gallegos, who himself received a letter saying he was overcharged $1.54. "I mean, you're talking about over 240,000 residents and commercial businesses."

Gallegos' district, which covers swatches of northeast Houston, the city's East End and neighborhoods along I-45, is home to many poor and retired residents.

Gallegos said he was pleased that public works issued a credit to the water customers.

The vast majority of those who were overcharged were only overcharged a small amount, according to officials.

"The average single-family residential customer who received a late fee credit received $16.10," a public works spokesman said in a statement. "Eighty-two percent of the total number of accounts credited received a credit of $50 or less... The large credits were to commercial customers either in litigation or otherwise not making payments."

Here's what the City of Houston has to say about their $24.9 million mistake:

1. How many customers are affected / how many reimbursements have been granted?
196,689 current customers and 44,855 past customers were affected. We have a total of approximately 530,000 accounts.

2. The range of reimbursements granted (i.e. $2 to $30?)
Late fee credits for water, wastewater, and/or drainage ranged from $0.01 to $411,566.92. The large credits were to commercial customers either in litigation or otherwise not making payments.

3. The total dollar amount that was reimbursed / credited
$24.9 million has been credited in total. Of this amount, $9.4 million was credited to actively paying customers while $15.5 million was credited to former customers who have made no payments between July 2013 and August 2014. The average single-family residential customer who received a late fee credit received $16.10. 82% of the total number of accounts credited received a credit of $50 or less.

4. How the issue was discovered
Prior to June 2013, late fees were applied to utility bills based on the total past due service charges for the billing period immediately preceding the current bill even if a partial payment was received. An audit conducted in early 2013 determined that late fees were not being correctly applied to utility accounts in the manner prescribed by City Ordinance Section 47-69. Based on the finding, the method was changed in June 2013 to apply late fees based on the total outstanding service charge balance, including accrued late fees. Subsequent to the change, an internal analysis indicated an adverse impact on late accounts and the Branch sought advice from the Legal Department regarding other possible interpretations of the Ordinance. With their assistance, the method was again changed in August of 2014 to apply late charges based only on the portion of the service charges from the most recent past billing period. (For example if you have a $10 bill and pay $7, the late charges are applied to the next bill based on $3 rather than $10.) This method is in accordance with City Ordinance 47-69. The credits were applied to all utility accounts going back to June of 2013.

5. What cause the issue in the first place
See Number 4.

7. Where the issue stands today (i.e. is everything done or are more credits going out)
All credits will be paid by the end of January 2015

8. Any other relevant information about the situation.
The goal of late payment fees is to work with our customers within the bounds of city ordinance to encourage them to bring their accounts current.