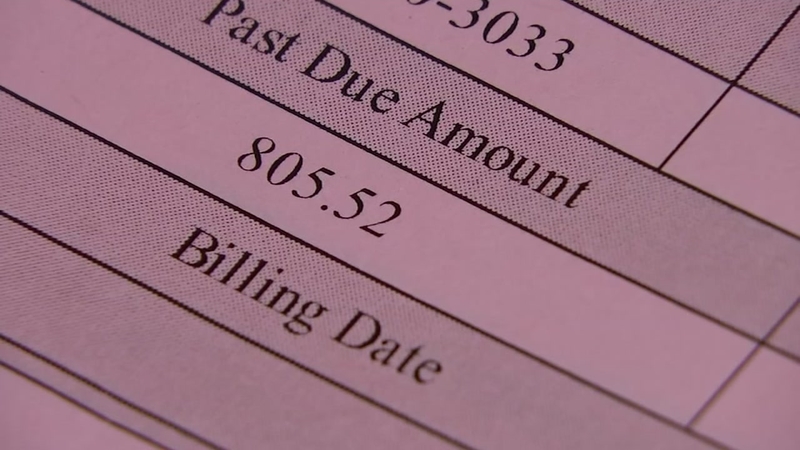 HOUSTON (KTRK) -- A local woman says a case of stolen identity led to her being on the hook for an $800 water bill that wasn't hers.

When Amber Jones received a disconnection notice in the mail, she was pretty upset because she had been working with the city for nearly 8 months to make things right. When that didn't work, ABC-13 stepped in and got results.

Jones discovered her identity was compromised in 2013 when someone tried to open multiple accounts in her name. Not only did she put a temporary block on her name with all three major credit agencies, she filed a police report for the fraudulent activity and thought it was all behind her.

"Someone in collections for the City of Houston said hey, we matched this social with a previous account to your current address. You owe $805 dollars," Jones said.

Jones says she was told an account for water service was opened in her name, and she was responsible for it. She says she explained to the city representative that her identity was stolen and had the proof.

"Sent them the police report in January of 2015. They contacted me that same day if not the next telling me it was not sufficient," Jones said.

Not understanding how the police report was not sufficient enough to clear her name, Jones says she went on to ask further questions.

"How is somebody allowed to owe the city $805 for a water bill? Did you ever cut it off? Their response is they did. Whoever was living there kept putting it back on," Jones said.

In order to start the investigation, a case number was assigned earlier in the year. Jones said the last time she heard from someone with the city was in March.

"I thought they were taking whatever measures to get it resolved. Then I got the letter," Jones said.

Two weeks ago, Jones says she received a disconnection notice in the mail. She immediately called the city and was told they're still working on it, and requested another copy of the police report. That's when she reached out to ABC-13
for assistance, and we contacted the city on Jones' behalf inquiring about the investigation. It only took a few hours before the city contacted Jones.

"I got a call from the lady handling my case at 11:30 a.m. letting me know that 'hey, that $805 for the fraudulent address will no longer be linked to your current account,'" Jones said.

We spoke with the city after her account was cleared to find out why this took nearly 8 months to clear up. They told us over the phone that it simply fell through the cracks, attributing it to a change in management and staffers within the department.