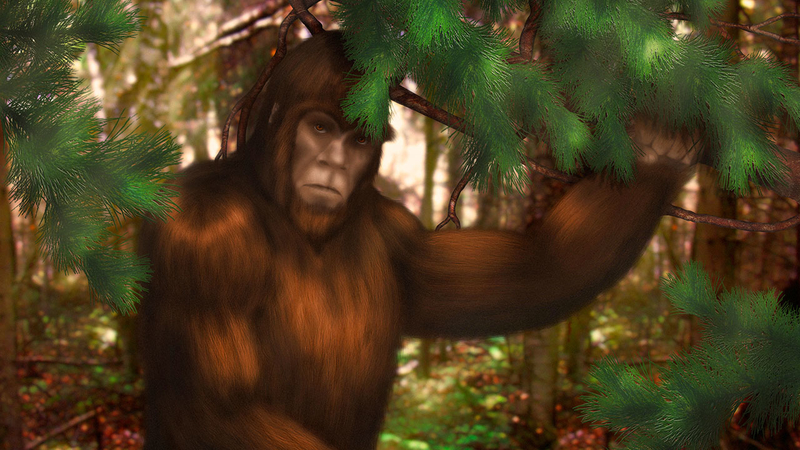 WASHINGTON -- Hair and tissue samples that one Bigfoot-hunting organization thought was their biggest lead in years turned out to belong to a deer, newly released documents detailing the FBI's work with the organization reveal.

Wednesday's release from the FBI includes 22 pages of correspondence between the bureau and the Oregon-based Bigfoot Information Center and Exhibition stretching from August 1976 until March 1977.

Peter Byrne, the director of the Bigfoot Information Center, initiated contact with the bureau in a letter asking for clarification as to whether or not the FBI had conducted forensic examinations on hair thought to belong to Bigfoot.

Bigfoot hunters have long centered their search for the Sasquatch on the mountains of the Pacific Northwest. Byrne cited a 1975 atlas about flora and fauna in Washington state that included a reference to previous FBI tests tissue samples thought to belong to Bigfoot.

Jay Cochran Jr., the assistant director of the agency's laboratory division, responded, telling Byrne that he could find no such record of FBI involvement in previous Bigfoot investigations like those Byrne had asked about.

Byrne then requested that the agency analyze hair and tissue that he believed could belong to Bigfoot, a request that was granted. He said the 15 hairs and a small piece of tissue were "the first that we have obtained in six years which we feel may be of importance."

He included a clipping of a New York Times article detailing the work the Bigfoot Information Center had done in conjunction with the Boston-based Academy of Applied Science, an organization that had also sponsored expeditions to identify the Loch Ness monster.

Cochran agreed, writing back in December with instructions about how Byrne was to submit the hair samples. Cochran wrote in an internal memo that the examination was "in [the] interest of research and scientific inquiry."

Two months later, Cochran wrote back with bad news: the hairs belonged to an animal in the deer family.