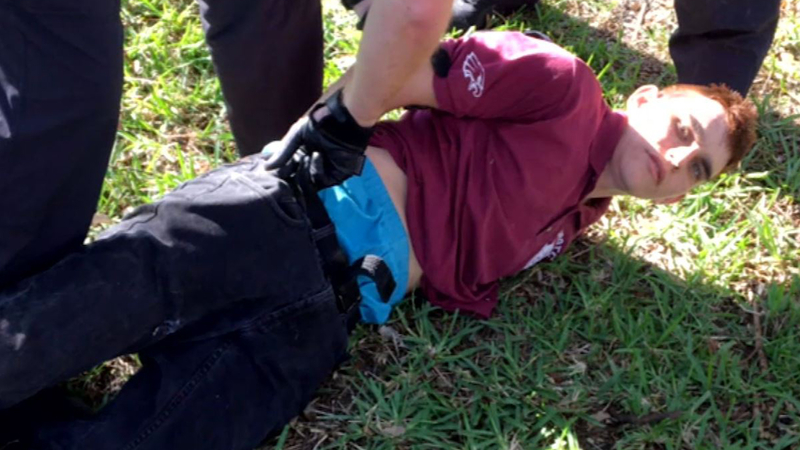 Could the suspected Florida school shooter have been stopped?

Warning signs that suspected school shooter, Nikolas Cruz, was a danger to the public date back to at least 2016.

February 5, 2016
An anonymous caller warned a Broward Sheriff's Office deputy that Nikolas Cruz had threatened to shoot up his school on Instagram. Cruz allegedly posted a picture with guns.

September 23, 2016
A "peer counselor" reported to Peterson that Cruz had possibly ingested gasoline in a suicide attempt, cut himself, and wanted to buy a gun.

A mental health counselor advised against involuntarily committing Cruz. The high school said it would conduct a threat assessment.

September 28, 2016
A Florida Department of Children and Families investigator ruled that Cruz was stable despite "fresh cuts" on his arms.

Lynda Cruz, Nikolas' mother, said he had a history of writing hate signs on his book bag and recently talked about buying guns.

The comment was reported to the FBI in Mississippi which failed to connect the comment to Cruz in South Florida.

According to BSO a 'close family friend' agreed to take the firearms.

November 29, 2017
A member of the family that took in Cruz after the death of his mother called Palm Beach Sheriff's Office to report a fight between him and their 22-year-old son.

They reported Cruz threatened to "get his gun and come back" and that he had "put the gun to other's heads in the past."

The family later declined to have him arrested.

November 30, 2017
A caller from Massachusetts called Broward Sheriff's Office to report Cruz had collected guns and knives and could be a "school shooter in the making."

The deputy advised the caller to contact the Palm Beach Sheriff's Office.

January 5, 2018
The FBI received a tip that Cruz had "a desire to kill people" and could potentially conduct a school shooting.

The information never made it to the Miami FBI office.