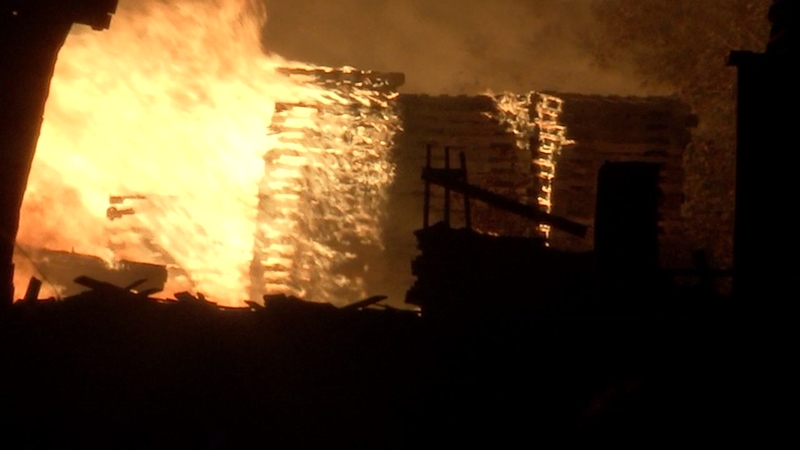 Hours after a fire started, firefighters are still working to put out hot spots left over from the large flames that could be seen for miles at a warehouse in northwest Harris County.

This is at Kim's Pallet, Inc., a facility that makes wooden pallets in the 5700 block of Cunningham Road, near Tanner Road.

Nearly 100 firefighters were on the scene of the fire, which appeared to start around 11 p.m.

Crews needed so much water, they tapped into every fire hydrant in the area and still had to bring in more water.

No other structures were damaged.

@CFVFD is still on scene at Kim’s Pallet, Inc. fire. Crews have been working tirelessly to extinguish the fire. Crews are still on scene & will remain on scene for most of the day to ensure the fire remains under control. Origin and cause of fire is under investigation by HCFMO. pic.twitter.com/gFN5m65lcp

Tanner Road is shut down in both directions at Brittmoore Park Drive where fire trucks and other equipment are staged.

Thankfully, no firefighters were injured.

Authorities plan to spend most of the day at the scene as the fire marshal's office investigates the cause of the fire.

NEW PHOTOS: What’s left after a big pallet fire in NW Harris County. Courtesy: @hcfmo @abc13houston Still no cause of the fire. pic.twitter.com/IW4a1LbxjM