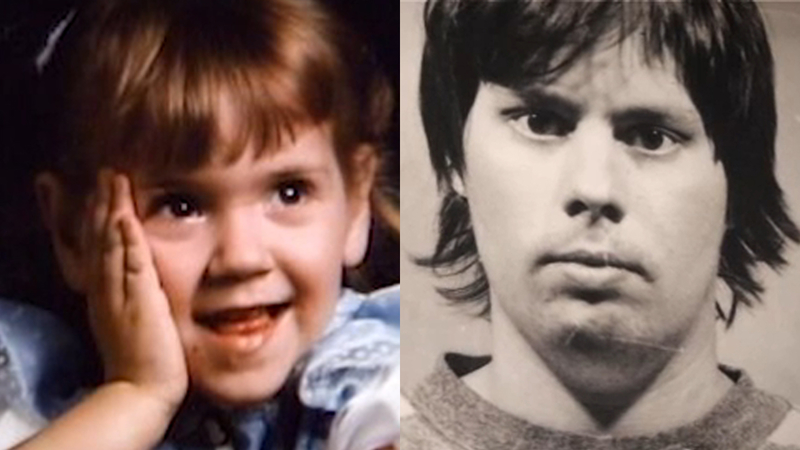 PHILADELPHIA, Pennsylvania -- A man behind bars for the murder of Barbara Jean Horn could be freed thanks to new DNA evidence.

The murder and sexual assault in the Castor Gardens section of Philadelphia captivated the city in the late 1980s. Walter Ogrod has been behind bars for the murder for three decades, but his family is hopeful he could be freed thanks to new DNA evidence.

According to the family and a recent court filing, male DNA found on fingernail scrapings of Horn is not that of Walter Ogrod.

Court records say Ogrod's 1992 confession to police went like this: The 23-year-old lured Barbara Jean Horn to his Rutland Street basement to play doctor and tried to sexually assault her. When she screamed, he beat the 4-year-old girl with a weight bar. He cleaned her body in a tub, then without changing clothes, went outside to the alley to get a TV box. He put her body in it and then dragged it to a nearby street curb.

"People were living here in the living room and dining room like that was their sleeping area," Greg said.

Greg wants to know how no one in the house heard the crime, saw Walter Ogrod drag the bloody body through the house, or anything tying him to the murder.

Police announce the arrest of Walter Ogrod in the death of Barbara Jean Horn in this Action News report from 1992.

Choking back emotion, Greg said, "It's amazing how he keeps his chin up. It's time to bring him home."

But even before the DNA, Tom Lowenstein, the author of The Trials of Walter Ogrod, said the case was rife with misconduct.

Lowenstein spent years researching the case. He said Ogrod, who is on the autism spectrum, was coerced into his confession after 36 hours without sleep.

"By 7 o'clock the next morning when they took him downstairs and they booked him, he's calling people and saying, 'I didn't do this. They are railroading me,'" said Lowenstein.

New developments have the family and lawyers questioning the two lead Philadelphia police detectives who were on the case, Paul Worrell, and in particular, Marty Devlin.

"Marty Devlin was known in the police force as the 'Detective Perfect' or the 'Golden Marty.' He claimed to have a 95% clearance rate. Having a 95% clearance rate for a homicide detective is kind of like Mark McGwire hitting 75 home runs. Did he do it honestly?" said Lowenstein.

Two convictions involving the two homicide detectives have since been overturned.

And it seemed jurors had concerns with Ogrod's original confession.

The first jury acquitted Ogrod, but as the foreman was reading the verdict, one juror blurted out he wanted to change his mind. The judge declared a mistrial.

Ogrod was eventually convicted on the testimony of two jailhouse snitches that Ogrod's lawyers say have been thoroughly discredited.

Greg Ogrod said, "It's time to let him out. And what about the real killer? Some monster did this to Barbara Jean. Her killer is still out there."

Worrell and Devlin have no comment. Horn's mother, Sharon Fahy, released a statement through her attorney that reads:

"For 28 years, Sharon Fahy has lived with the loss of her only child every single day. The pain never goes away. Sharon is shocked and saddened that the wrong person may have been in jail all this time. The Horn Family has only wanted justice for Barbara Jean. She was an innocent 4-year-old taken from her block and her family. Barbara Jean is never coming home. To think that the person responsible for her death may still be out there is unfathomable. Sharon and her family will keep working for justice for Barbara Jean and appreciate the District Attorney's office's continued assistance."