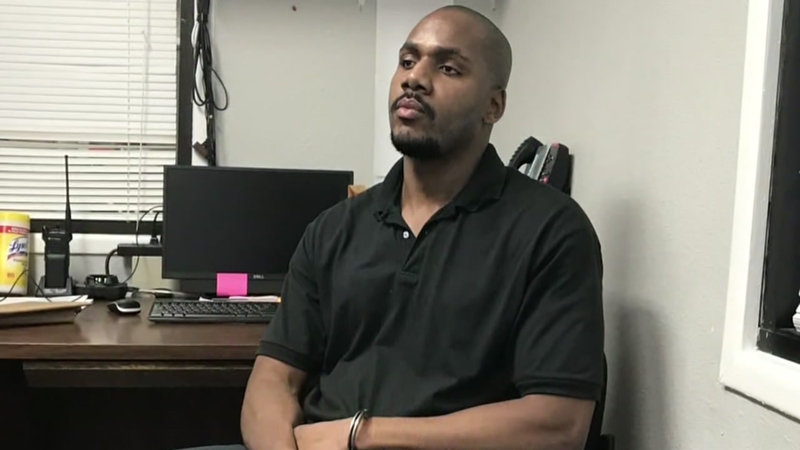 Suspect who stabbed supervisor to death felt picked on

BROOKSHIRE, Texas (KTRK) -- The man accused of stabbing his supervisor to death may have felt picked on at work, Waller County Sheriff Glenn Smith revealed.

After a manhunt, Evan Parker, 34, was arrested at his apartment in the 18000 block of South Parkview in west Harris County Thursday afternoon.

"Law enforcement officers made entry. The suspect, Parker, was sitting on his couch. He had a BB gun pistol in his hand," said Waller County Chief Deputy Craig Davis. "It's my understanding he pointed it at them. They backed out and began a short negotiation which lasted 20 to 30 minutes, then he surrendered with no injuries to himself or law enforcement officers."

During a police interview, Parker allegedly confessed, indicating he felt picked on at work. Sheriff Smith would not elaborate and investigators have said no employees indicated there was a problem at Spitzer Industries where it happened.

Parker is accused of killing Harry Parnell, 64, and injuring another employee who was flown to a hospital with serious injuries.

Deputies were called to Spitzer Industries on FM 762 near Brookshire just after 8 p.m. Wednesday.

Investigators said Parker arrived at work Wednesday night and asked specifically for his supervisor, Parnell, then stabbed him.

Parnell was set to retire this year and had been with the company for 20 years. He died at the scene.

"He enjoyed his job and he treated people the way he wanted to be treated," said Parnell's son, Tim Parnell, who is a Katy police officer. "He didn't deserve this."

The other victim is 36-year-old Jose Rangel. Investigators said it appears Rangel just happened to be in the way when he was stabbed.

A Spitzer company official told ABC13 that Parker had been working for six months with the company as a contractor.

Parker is charged with murder and aggravated assault, and remains in jail.

The factory was closed Thursday. Grief counselors will be on site Friday.