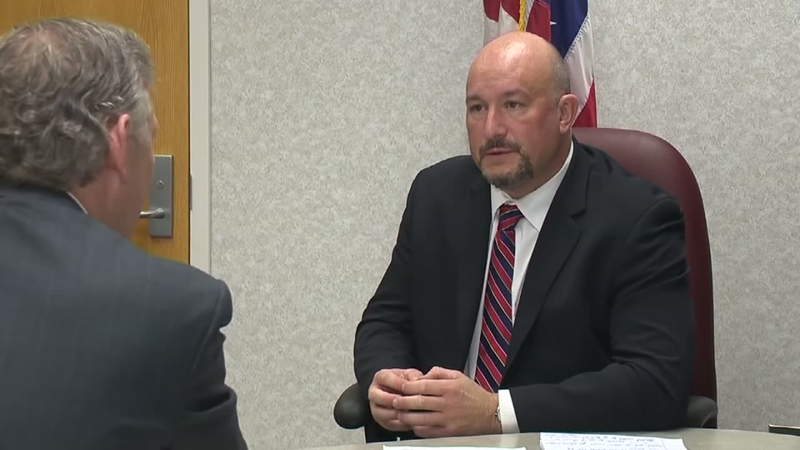 KALKASKA COUNTY, Michigan (KTRK) -- A sheriff in Michigan was found "super drunk" in his car. And yes, that is actually an official police term since new laws were passed in 2010.

Kalkaska County Sheriff's Deputy Ashley VanSloten knocked on the car window of Midland County Sheriff Scott Stephenson late in the afternoon on Nov. 16. A passerby had called police to say that a car was off the road with a man inside.

After a few minutes, Stephenson woke up and spoke with the deputy. Stephenson told the deputy he was on a deer hunting trip and had been driving back. He admitted he had been drinking earlier in the day.

The video and audio recording from the deputy's bodycam indicates that once an EMS crew arrived, Stephenson became aware of the severity of the situation.

A short time later, Garfield Township Police Chief Jerry Cannon arrived on the scene. Cannon knows Stephenson and can be heard talking to the deputy on her bodycam.

That was said before sobriety tests were performed. The police report shows Stephenson had trouble with the test. He worried he wouldn't pass a preliminary breath test and he can be heard asking the two not to arrest him.

A portable breathalyzer test was given and Stephenson's reading came in at .23 above the "super drunk" limit of 0.17.

Stephenson then asked VanSloten and Cannon to not place him under arrest. Cannon was spotted on video making a phone call, walking away for a bit, but eventually coming back saying Stephenson had to go to jail. It's not clear who he called.

Stephenson was arrested and taken to the Kalkaska County jail.

"I made a poor choice. I drank too much today," Stephenson said.

Stephenson pleaded guilty to operating a motor vehicle while visibly impaired. He was placed on probation for a year and fined. He apologized to the public for what happened.
Report a correction or typo
Related topics:
officer arrestedsheriffu.s. & worlddwi
Copyright © 2021 KTRK-TV. All Rights Reserved.
More Videos
From CNN Newsource affiliates
TOP STORIES