Man carries American flag on his shoulder during his daily jogs 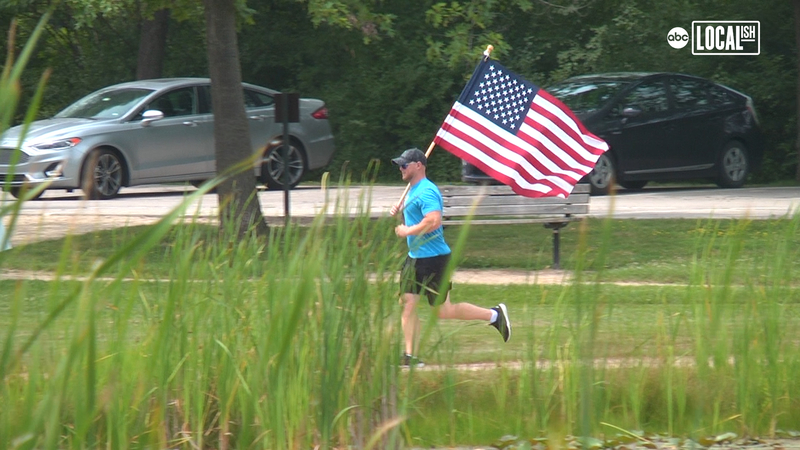 This man jogs every day carrying an American flag

When Mark Palmieri goes jogging, he always carries the Stars and Stripes on his shoulder.

"I never served but I'm running for those that did," Palmieri said on a recent run in Vernon Hills.

Palmieri hopes that when people see him running with the American Flag, they'll be happy to see the symbol. He's also hoping to engage others in a conversation around a tough topic: veteran suicide.

"Having the awareness out there for people to understand that the resources are needed to try to figure it out is important... It's gotta be kept top of mind," said Three Rangers Foundation's executive director, Michael Hall.

"It's people like Mark who didn't serve... who haven't had the shared experience that we had, that are willing to go out and bring to life such an important issue... those are really, really special people," added Hall, who is also a former U.S. Army command sergeant major.

Palmieri said he's been going on these symbolic runs for years but has made them an almost daily routine during quarantine, running anywhere from 3 to 5 miles with the flag waving at his side.

"If I choose to carry a large flag and I have a fellow American, regardless of color, race, creed, that disagrees with me, although I may disagree with them I love it. I respect it. I think it's important. Maybe it starts a conversation where we can have a discourse and talk," Palmieri said.

"I hope more people buy into it and it's viewed as a positive thing."