Vanessa Guillen: Family's fight for justice could result in historic US military changes 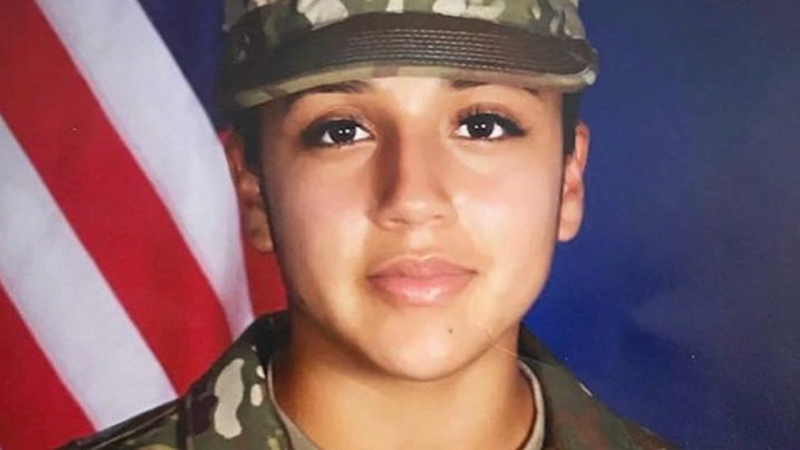 Vanessa Guillen fight could result in historic US military changes

HOUSTON, Texas (KTRK) -- The family of Vanessa Guillen and their relentless fight for justice might just prove to be the catalyst for historic changes in the United States military.

The changes would impact soldiers across the world for years to come. Now, lawmakers are pursuing two pieces of proposed federal legislation named in Guillen's honor.

Guillen died a violent death at Fort Hood in April 2020. Investigators said another soldier killed her on base before disposing of her body. The Army Specialist's family long said she experienced sexual harassment but didn't report it in fear of retaliation.

An Army report released in 2021 finally validated the family's claims. The report found Guillen had been sexually harassed by a superior, but not her accused murderer, Army Specialist Aaron Robinson.

Robinson died by suicide as police attempted to arrest him.

Two of Guillen's sisters, Lupe and Mayra, have remained critical of the military's handling of the case for the last year.

The Guillen family and their attorney, Natalie Khawam, have called for sweeping changes in how the military handles sexual assault and sexual assault cases. They believe an outside, independent prosecutor should handle those investigations not a soldier's chain of command.

Eyewitness News spoke with them on Wednesday during their visit to Washington, D.C.

They joined powerful members of Congress Wednesday morning in supporting the "Vanessa Guillen Military Justice Improvement and Increasing Prevention Act," which is up for consideration in the U.S. Senate.

READ ALSO: Bill named after Vanessa Guillen to be reintroduced

The proposed piece of legislation would change how a service member is prosecuted under the military justice system. A military attorney with significant trial experience would take the lead on felony non-military crimes instead of a commander. Supporters also said it aims to improve training on sexual assault response, living accommodations on bases, and professional development for prosecutors.

The proposed bill is separate from the "I Am Vanessa Guillen Act," which House Speaker Nancy Pelosi said she'll soon bring up for a vote in the U.S. House of Representatives.

That legislation would remove sexual assault and sexual harassment crimes out of the chain of command.

It would also allow victims to be compensated when negligence is involved, reform the Army's sexual assault prevention and response program, and require independent professionals to conduct harassment investigations.

"We're here because of what happened with my sister," said Mayra Guillen. "I don't wish that upon anyone. I feel like it is our responsibility now to take over and do what Vanessa couldn't do. Speak for her. Honor her. Represent her here. It's hard, but we're here even if it's been a little bit over a year. I'm pretty sure we can handle the rest of this year and push for this change, for the legislation to be passed."

Khawam took on the Guillen family's fight last year. She's remained determined to make long lasting changes. Khawam is optimistic the legislation can pass both the House and the Senate this summer.

"We're ecstatic that we have made so much progress in less than a year," said Khawam. "This bill will provide for more rights and protections for our soldiers so that way they can feel safe when they go and serve our country. We have some more work to do. We're not finished yet. Knowing that we have the votes in Senate, knowing we have the votes in the House ... we're where we need to be. [Wednesday] was a great day. Just really honored to be part of changing history for our military."

Lupe Guillen, who is now 17 years old, has always spoken from the heart about her sister. The teenager has been persistent in her calls for change.

"It's important for me personally to be here because it is involving my sister. Not only her, but countless of others. Anything that involves my sister I'm here for it. We're here for it," said Lupe Guillen. "I felt hopeless. Now, I have hope. I felt voiceless. Now, I have a voice. Just to remind them. Never give up, to keep fighting for your cause. If you know a victim, speak up."