Authorities have offered multiple different versions of their response to the Uvalde gunman in just the few days after the massacre. The video breaks down a timeline that reflects the nearly 90 minutes the gunman spent in the classroom with children.

AUSTIN, Texas -- All it took was the mere mention of Uvalde for Alma Rodriguez to start tearing up.

The video above shows the Uvalde school shooting timeline..

The El Paso native was among dozens of school counselors who packed a dimly lit room at the Austin Convention Center on Monday to attend a training session on school shootings that was part of the American School Counselor Association's annual conference.

Rodriguez has been a school counselor for two decades and currently lives in Arizona. She said the deaths of 19 students and two teachers during Texas' deadliest school shooting in Uvalde, a predominantly Hispanic city, reverberated across the country even before the countries' school counselors discussed the prevalence of such massacres this week.

"I think it hit home because they look just like our kids," Rodriguez said. "Not just my kids at the school I work at, but obviously my children as well. It raised the heightened awareness of what job I have to be prepared for at an elementary."

Counselors packed the hourlong session that touched on the many roles they play before and after such tragedies. That included discussions on how they can prevent or prepare for crises, the "web of trauma" that unfolds from school shootings and best practices for self-care after such psychologically debilitating events.

Katie Spenlau, a teacher and counselor at a Catholic school in Kentucky, said the need for a session about school shootings at a conference for professional development is "a horrible thing."

"As a teacher and a counselor, I don't know what I would do in that situation," Spenlau said about the Uvalde massacre. "How can anyone really prepare for that? You can't. So it's just the more knowledge that you have, the better."

SEE ALSO: 'It was a coach, not the shooter:' Uvalde mayor disputes report that police could've shot gunman

The conference fell weeks after the shooting. But it also comes after a particularly rough two years for counselors and other education professionals, who have had to navigate the pandemic, politicized fights over mask mandates and battles over what books children can access while also often being bogged down by scheduling and administrative work.

"I've heard from many, many, many educators and school counselors, anecdotally, that this was the hardest year," said Jill Cook, executive director of the American School Counselor Association. "They're leaving the profession. And I know just after the Texas shooting, anecdotally, they're like, 'I can't do this anymore.'"

SEE ALSO: Uvalde officer saw gunman before he entered school and asked for permission to shoot him: Report

Michelle Clarke, an Indiana school counselor who worked at a middle school where a 13-year-old shot and injured a teacher and another student, presented the session titled "Lessons from a School Shooting." She said counselors should be involved when schools develop crisis plans and advocate for the creation of reunification plans for campuses that don't already have one. She discussed how to evaluate psychological trauma. And she said schools should have behavior threat assessment and management teams that, among other things, should define concerning behavior and determine when law enforcement intervention is appropriate.

The Uvalde gunman had no known mental health issues, according to Texas officials after the shooting. As a counselor responsible for about 200 students in Illinois, Nicole Fulton said she feels a sense of responsibility for every student and doesn't want to see anyone fall through the cracks.

"I was just sad, because how did we miss it? How did they miss that? How do we not know? Like, we're supposed to be the professionals," Fulton said. "You want to reach all your students, you want to build that relationship connection with your students, but you're stretched thin as a school counselor."

Renee West, a counselor for fifth and sixth graders in Mississippi, said that out of all the school shootings in recent years, she was most "flabbergasted" by the one in Uvalde.

When West first started in the profession more than two decades ago, school fights were among the biggest concerns.

"Now, you are worried about being able to do your job, and safety," she said.

Jonathan Borden, a middle school counselor in Alabama, said that people in the profession feel drained as a result of events like the Robb Elementary shooting.

During the session on school shootings, attendees sometimes lifted their phones to snap photos of the slideshow presentation. Counselors would express their agreement with a particular point through humming affirmations. Others stayed behind at the conclusion of the presentation to ask more questions - including Laura Cugini, a 26-year-old graduate student from New Jersey who's hoping to pave a long-term career in school counseling.

"This is, unfortunately, the epicenter of another traumatic event, and I feel like there's so much training out there, but you're never going to be 100% sure," Cugini told the Tribune. "So I think the more that I can at least surround myself with information and interventions in my role, if I can at least strengthen my role in my outreach, that's one step closer to preventing a potential crisis." 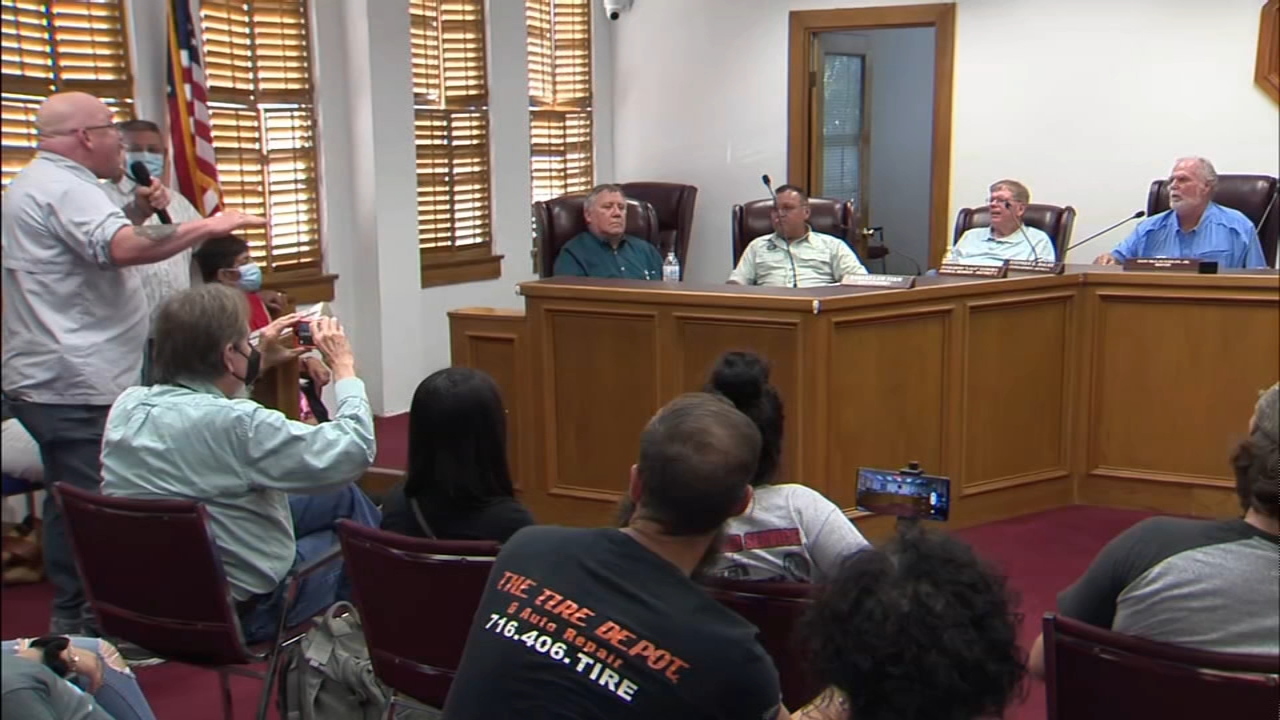