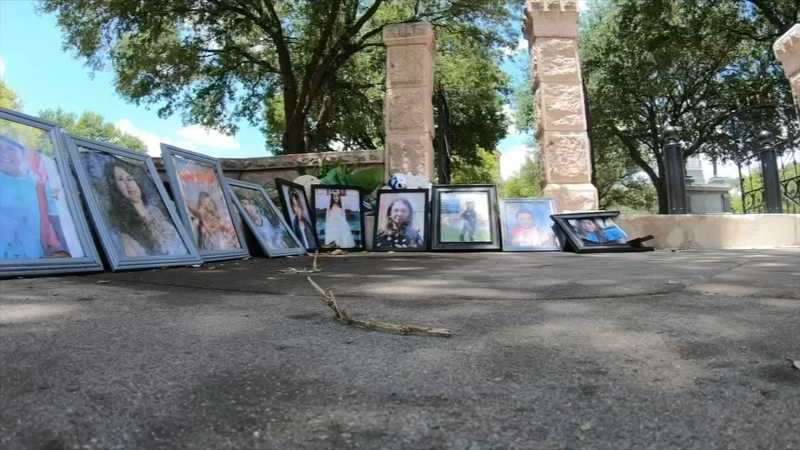 Today, the "Protect All Texans" hearing focused on what some believe is the root problem behind these types of attacks -- mental health.

Congress has not taken significant legislative action on guns in some 30 years and conservative lawmakers have long been loath to work on the issue, arguing gun control is ineffective and often unconstitutional.

Two doctors who specialize in child mental health spoke at length about resources available for students across the state.

The T-Chat program stands for Texas Child Health Access Through Telemedicine. It allows students in need of mental health support to get connected to a medical professional through their school.

It's a free service that began during the pandemic. So far, it's available in about 354 school districts across the state.

According to the Texas Education Agency website, there are about 1,200 districts in the state.

The program has helped about 9,000 families so far, but admits it's a challenge to staff enough doctors to keep up with the need. They also said it can be a slow process to get district approval to launch the program.

Uvalde CISD was not part of the program at the time of the deadly mass shooting almost a month ago.

One member of the senate committee pressed for answers on whether the program could have helped the shooter, even if he stopped coming to school.

"I would hope that, with what we're looking at with T-Chat and going out into the future, that when that child was in third grade, and started having initial problems, that somebody would have referred him at that point and got him the counseling and support that he needed," said Dr. David Lakey, Vice Chancellor Health Affairs, UT System.

The other issue on the schedule to be discussed Wednesday is firearm safety -- another big issue discussed after the Uvalde shooting.

ABC13's Pooja Lohdia is in Austin and will have live reports throughout the day.

Law enforcement authorities had enough officers on scene to have stopped the gunman within three minutes after he entered the building, the Texas DPS director testified.

Committee members asked a lot of questions, trying to dig for all the details of what happened.

During testimony, Texas DPS Director Steve McCraw called the police response to the shooting a failure, and went on to detail what their investigation has uncovered so far.

He said victims inside the classroom waited for more than an hour for help, and said the shooter began firing shots towards classrooms before he even entered the building.

Just three minutes after someone called 911 for help, McCraw believes enough armed officers had arrived on the scene to be able to engage the shooter, but that did not happen.

Uvalde CISD Police Chief Pete Arredondo was heavily criticized for his decisions at the scene. McCraw places full blame on him for preventing officers from trying to get inside the classroom.

SEE ALSO: 'We need to go in': Officers in Uvalde were ready with guns, shields, tools - but no clear orders
EMBED More News Videos

"They had the tools... But it takes someone in charge, in front, making and executing decisions, and that simply did not happen," an active shooter expert said.

He said the chief was waiting for a key to unlock a classroom door that may not have even been locked in the first place. He explained how the door locks work for the classrooms.

When Arredondo left the house committee hearing on Tuesday, he avoided the camera and all questions.

He has yet to publicly speak out since the shooting, only sharing his account of what happened in a Texas Tribune article.

He spent five hours yesterday testifying before the house committee in a closed door session.

Criticized for slowness, the chief described an agonizing wait for a key that worked. He said he didn't speak sooner because he didn't want to compound his hometown's grief or point blame.