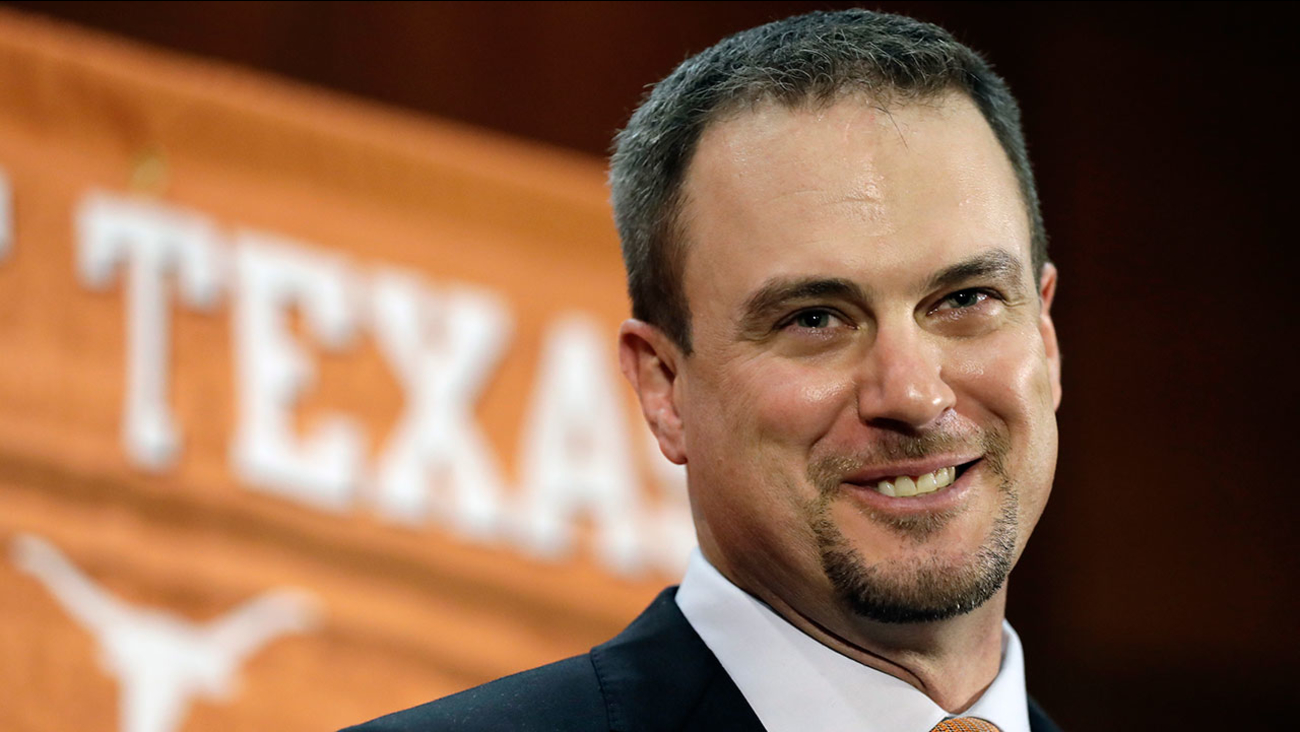 Tom Herman talks to the media during a news conference where he was introduced as Texas' new head NCAA college football coach, Sunday, Nov. 27, 2016, in Austin (AP Photo/Eric Gay)

If you shop, the whole world shops with you -- if you're new University of Texas football coach Tom Herman.

After the new Longhorn coach tweeted a photo of his grocery cart, the Twitter birds were quick to tweet their thoughts on Herman's choices.

Thanks great people of @Randalls_Stores for helping me navigate my 1st grocery trip in a while. Can't wait to see @belletjh & kids this wknd pic.twitter.com/NmNd4UHB7D

"U gotta eat better," and "come on coach ramen?" were just a couple of the cascading responses along with many others.

@CoachTomHerman you got the three basic food groups. muffins, lucky charms and waffles. that's how you get it done.

Even Mrs. Herman had something to say about the coach's final selections.

@JENuineFitness not going to be happy w/these choices 🙄. Think I'll be making another stop on the way. Appreciate the effort! #dadlife https://t.co/54iYQZ20Fu