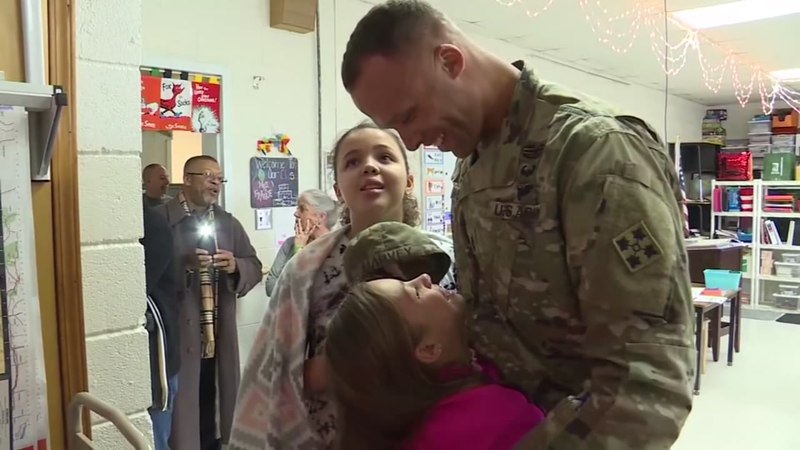 SPRINGFIELD, Missouri (KTRK) -- A military family is back together after an emotional reunion.

Harvey hadn't seen his daughters in over nine months, so he decided to surprise them at their schools.

"I sent them with my parents," Harvey told KY3-TV. "I just figured coming home, surprising them would be awesome."

Harvey says his girls have wanted to video chat several times in the last 10 days, but he kept telling them the internet wasn't strong enough for the call.

In reality, he was just trying to not blow his cover.

"He lied to me, but I'm not mad," Harvey's daughter Jasmine said. "Every time he had us see him at the place where the plane flies in. But this time he did something elaborate."

Overall, the surprise was good enough to get the girls out of school a little bit early.