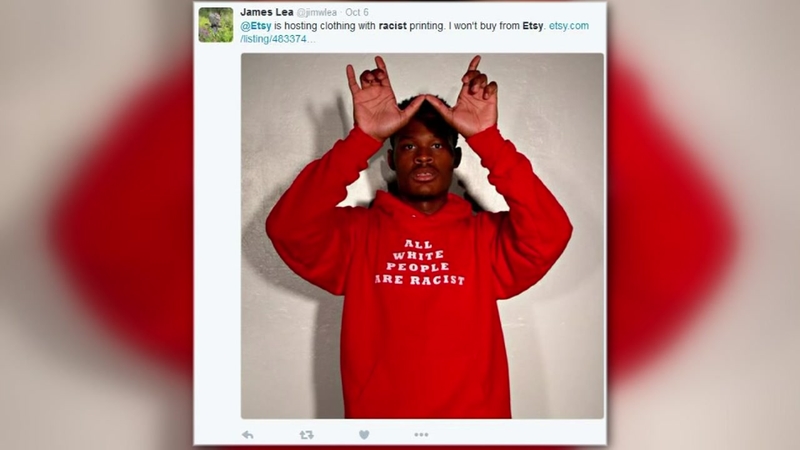 MADISON, WI (KTRK) -- A group of students selling shirts with racially charged statements are creating controversy on and off the University of Wisconsin-Madison campus.

The sweatshirts are printed with statements including "all white people are racist." Another shirt contains a statement that has been interpreted as inciting violence against police. Eneale Pickett, the creator of the shirts says the intention was to make people uncomfortable.

"I made these sweatshirts initially to start a conversation, and now it's to shift a conversation because people have been talking about race, sexuality and gender, but now I'm doing it to make them uncomfortable. Because in this country, no one really wants to talk about these issues unless they're truly uncomfortable." Pickett said.

Pickett says the shirts have gotten responses everywhere from death threats to words of encouragement.

Dane County Boys and Girls Clubs President Michael Johnson saw an online article about the shirts and says the messages are divisive and while he says he understands the underlying issues that may have motivated Pickett to create the shirts, he says Pickett's statements are false and misguided.

"Even though the constitution says people can say what they want to say, utilizing hoodies and wearing shirts like this, it's just not right." Johnson said.

Michael Johnson says he hopes to meet with Pickett to discuss different ways to express his message.