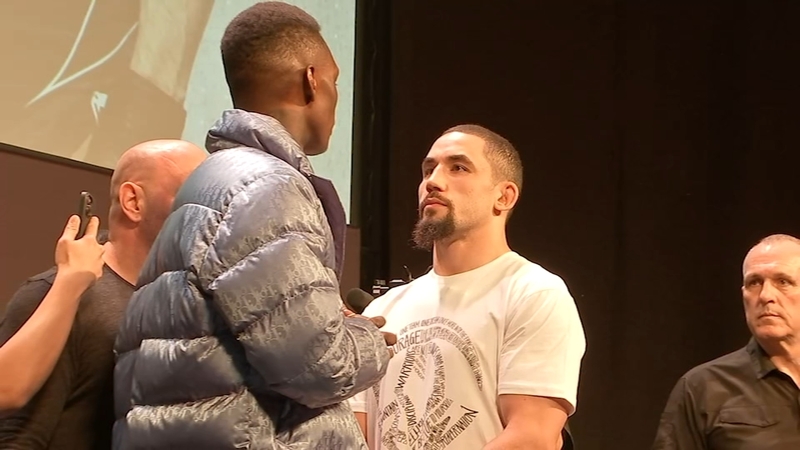 HOUSTON, Texas (KTRK) -- The Super Bowl is not the only big sporting event going on this weekend. UFC is returning to Houston!

The main matchup is one that a lot of people are excited about. It's a rematch between champion Israel Adesanya and former titleholder Robert Whittaker.

With so many people coming to Houston to see the showdown, this event will surely boost the economy.

Last summer, UFC 262 was hosted in Houston, and ABC13's partners at the Houston Chronicle reported the event brought more than 17,000 fans to the Toyota Center and set an arena record, bringing in $4.1 million in ticket revenue alone.

The Toyota Center said that was the highest-grossing non-Rockets event they have ever hosted.

ABC13 spoke to a couple of local MMA coaches who are excited about how the sport has grown over the years.

"We started back when the UFC was so small that my students were setting up tables at the venue to get free front-row seats to now, where we're going to fill the Toyota Center," Eric Williams said. "We have a lot of fighters signed up. We have contracts signed with the UFC now for the City of Houston. Great for the city. Great for the state."

There were still some tickets left for tomorrow's fights as of Friday morning. On the Toyota Center website, the cheapest tickets available were $175.

When UFC returns to Houston Saturday night, the card will feature hometown flare Derrick Lewis. Before the event, ABC13 caught up with him for a one-on-one interview.