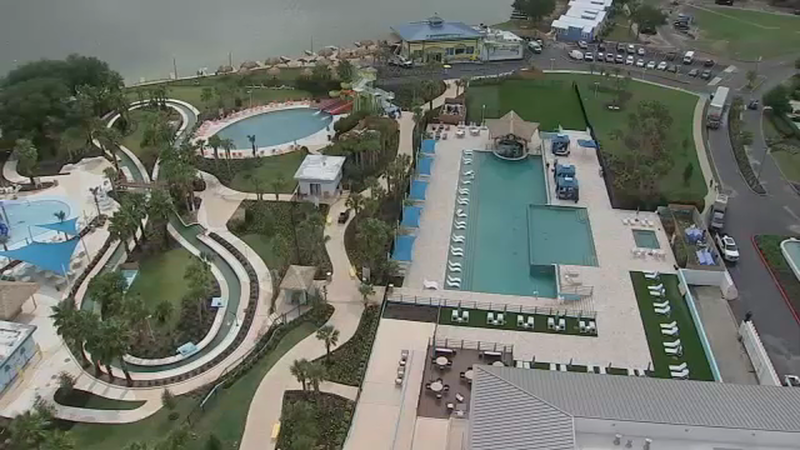 CONROE, Texas (KTRK) -- One worker has died during an industrial accident at the Margaritaville Resort. The property has been closed during the investigation, according to the resort.

According to Conroe police, initial reports state that the incident happened while crews were doing electrical work, when two workers suffered electrical shocks. A third worker was also on the scene next to the workers, but was not injured, police said.

One of the workers was pronounced dead and another one was taken to the hospital with non-life-threatening injuries, according to police.

Due to the accident, Margaritaville said it was without power and closed "for the safety of the guests until a thorough investigation can be conducted by safety crews and investigators." They added that it could take several days to deem the area safe for guests.

Authorities also warned drivers to expect delays due to lights being out on SH 105 at Walden Road.

Investigators can confirm that there is one fatality at the scene. The second worker has been transported by ambulance with non-life threatening injuries. Media staging area will be sent out shortly. Lights are out on SH 105 at Walden Rd so expect delays. https://t.co/yw5qWWGKa9

The Margaritaville Resort sent the following statement regarding the incident:

"The team at Margaritaville Lake Resort, Lake Conroe | Houston extends its thoughts and prayers to those involved in today's unfortunate accident. Shortly after 3 p.m. two contractors of our energy provider were performing electrical work on property when an incident occurred. Police, fire, and emergency medical teams immediately responded to the scene. Out of respect for the individuals and their families, any questions should be deferred to the local authorities. As a result of the incident, there is currently no power at the resort."