Police: Man confessed to killing his 19-year-old girlfriend and putting her body in the trunk of his car 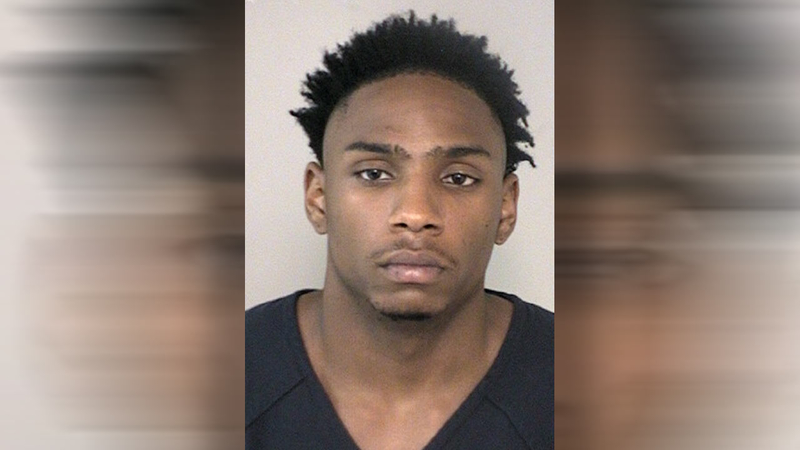 Man accused of killing his girlfriend

MISSOURI CITY, Texas (KTRK) -- A man is accused of killing his 19-year-old girlfriend then putting her body in the trunk of a car in Missouri City.

Troy Parker, 20, has been charged with murder, abuse of a corpse without legal authority, and tampering with or fabricating physical evidence with intent to impair.

The Missouri City Police Department says the family of 19-year-old Sabrina Herrera called them after finding her vehicle using the Find My Friends app on an iPhone.

Herrera's car was discovered in the 1600 block of Bent Oak. An officer inspected the car and found Herrera's body in the trunk.

Investigators discovered Parker was the last to see her.

During an interview with him, officials say he confessed to killing Herrera at his home in the 8400 block of Quail Run in Houston.

Parker was arrested and booked into the Fort Bend County Jail.
Report a correction or typo
Related topics:
missouri citywoman killeddead body
Copyright © 2022 KTRK-TV. All Rights Reserved.
TOP STORIES
Daylight shows home destroyed after standoff with shooting suspect
What we know about man accused of shooting 3 HPD officers
Clouds clearing today, sunny through the weekend with rain next week
5 people charged in connection with Pct. 5 corporal's murder
How many times can I reuse my N95 mask?
Decades after TV anchor disappears, convicted rapist denies connection
Driver dies after slamming into 18-wheeler's trailer on US-59
Show More
Woman shot in the shoulder during robbery set up in SW Houston
Prepare for a major closure at I-69 and 610 West Loop this weekend
Officers escort body of corporal killed in ambush to funeral home
ABC13 obtains HPD scanner traffic of chase that led to shootout
'Tiger King' Joe Exotic resentenced to 21 years in prison
More TOP STORIES News