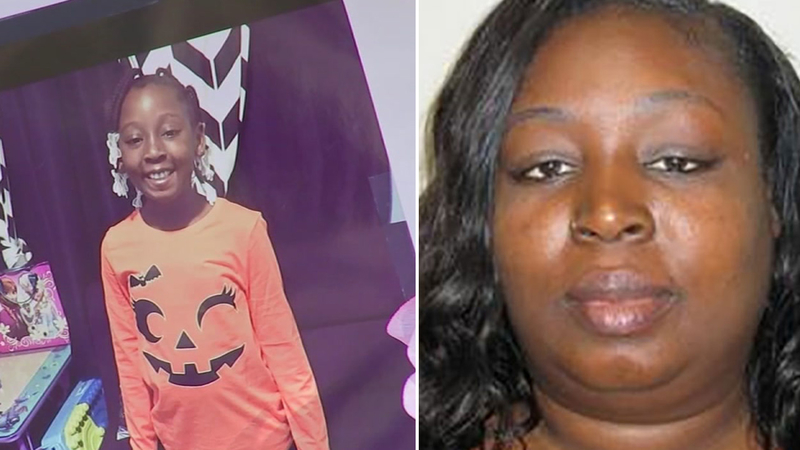 LOS ANGELES -- Investigators announced Thursday they are preparing a criminal case against the mother of Trinity Love Jones, the girl whose body was found on a Hacienda Heights hiking trail.

Jones' mother, Taquesta Graham, was extradited from Texas to Los Angeles on Thursday and is being held on an unrelated warrant. She was subsequently interviewed regarding her daughter's murder, according to a press release from the Los Angeles County Sheriff's Department.

Authorities are preparing to present a case to the Los Angeles District Attorney's Office, the release stated. The specific nature of the charges that might be filed were not specified.

Los Angeles County sheriff's officials announced the arrest of Graham's boyfriend Emiel Hunt on Tuesday. The 38-year-old was charged with one count of murder.

Hunt is accused of killing Trinity Love Jones on or around March 1, the district attorney's office said, citing the criminal complaint. The complaint also stated that Hunt was convicted of child abuse in San Diego County in 2005.

Hunt was arrested on March 9 after investigators found him sleeping in his vehicle, which was parked in a lot near San Diego International Airport, sheriff's investigators said.

During the past week, investigators learned Graham, Hunt and Trinity moved from a family member's home in Long Beach in May of 2018. During the past 10 months, extended family had only seen or heard from the couple and Trinity just a few times, according to the press release.

Investigators learned Hunt, Graham and Trinity were homeless just prior to her death and were residing in a Santa Fe Springs motel or in their vehicle.

Investigators previously believed the victim had been left at the location within 48 hours prior to the time of her body's discovery. Since then, additional information revealed that Trinity's body was actually left at the crime scene during the afternoon hours of March 1, the release stated.