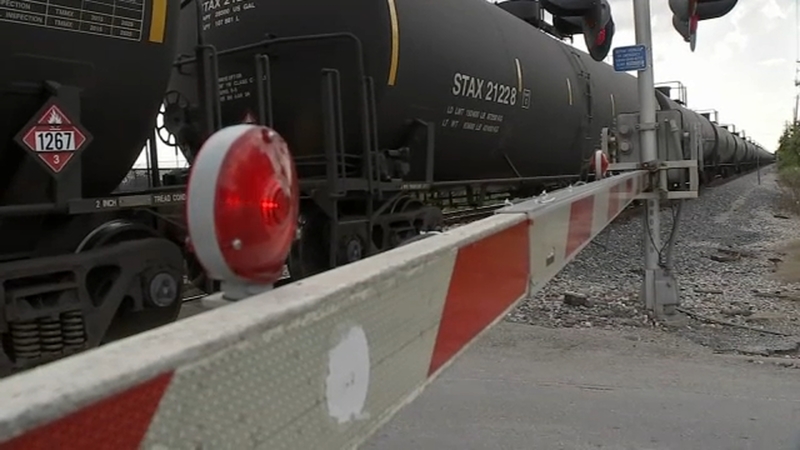 HOUSTON, Texas (KTRK) -- The ringing of electronic bells and flashing red lights appeared to be the only action at a railroad crossing on Lawndale St. Thursday afternoon.

The train on the tracks blocking the crossing didn't move for at least two hours.

For the East End and the dozens of crossings throughout the area, this is normal.

Homeowners told ABC13 they've been dealing with stalled trains for years and the problem only seems to be growing.

Houston Fire Dept. units called in as back-up for a recent house fire in the neighborhood were delayed getting there because of blocked crossings.

The couple who lived there said they believe the damage would have been far less if the crews had been able to arrive faster.

"The residents in the East End are just tired. Tired of these trains blocking intersections," Houston City Councilman Robert Gallegos said. "Especially peak hours of the day. In the morning and late afternoon when people are going to work, coming home from work or picking their kids up from school."

While there are local ordinances in place that dictate the length of time a train can block a crossing, federal laws give power to the railroads.