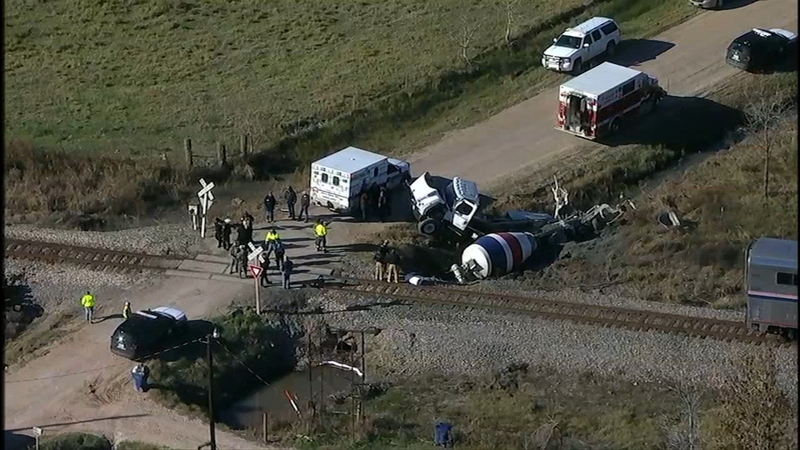 It happened around 2 p.m. Tuesday along CR-621, just north of FM-1960 and west of Dayton. According to DPS, the train is a passenger train and was carrying 90 people. Despite initial reports, the train did not derail during the crash, according to DPS.

It's unclear if the driver of the cement truck was one of the two injured. Their conditions were not immediately released.

The Amtrak train from Los Angeles was carrying 70 people on board when it crashed, splitting the 18-wheeler in half.