Train slams into 18-wheeler in Angleton, driver escapes after impact 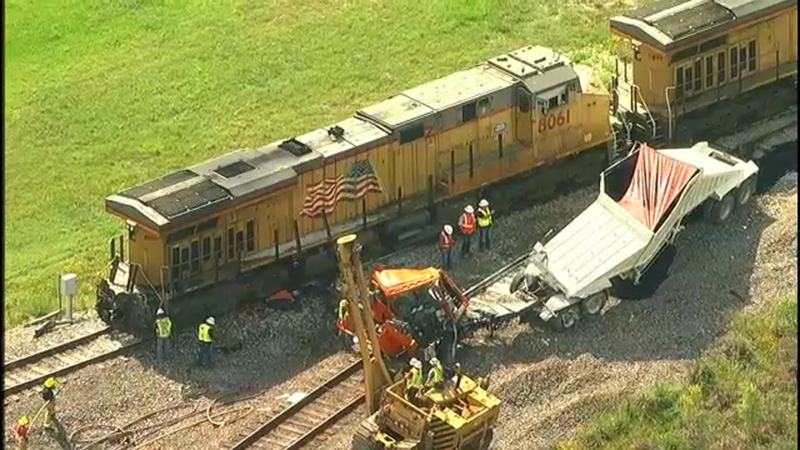 18-wheeler hit by train in Angleton

ANGLETON, Texas (KTRK) -- It was a close call for the driver of an 18-wheeler after a pair of locomotives crashed into it Wednesday morning.

It happened just before 8 a.m. on Ward Street near South Front Street.

Initial reports stated an asphalt truck appeared to have gotten stuck while crossing the tracks at the Ward Street crossing, according to Angleton police.

The driver was able to get out after impact and wasn't seriously injured.

Video from SkyEye 13 showed the 18-wheeler and trailer were heavily damaged and appeared to have been dragged several hundred feet from impact.

A pair of locomotive units were involved in the crash. One of the units was also damaged.

Railroad crews were seen working to clear the wreckage and make temporary repairs to the unit involved.

Three sets of tracks run parallel to Front Street and includes a number of crossings. The Ward Street crossing was equipped with a stop sign and was not protected by lights or gates.

A small fire under the destroyed truck was put out by the Angleton Fire Department. The train was moving at a slow speed, APD said.