TxDOT: Repairs to huge pothole on Eastex Freeway will likely last all day 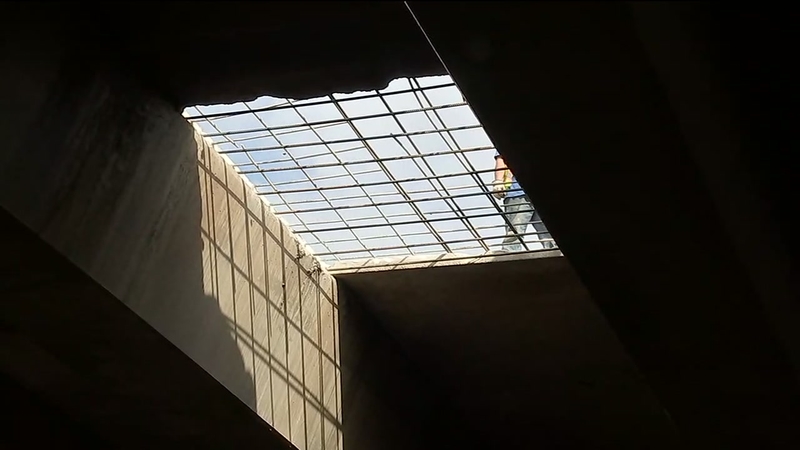 HOUSTON, Texas (KTRK) -- Crews are repairing a huge pothole that opened up on the Eastex Freeway during rush hour. Southbound traffic has been narrowed from five to two lanes, causing major delays.

The problems began shortly before 5:45 a.m. when trucks and cars hit the hole, knocking chunks of concrete onto Little York Road below. A truck trapped in the pothole had to be pulled out. Tow truck drivers estimated 12 vehicles were damaged.

TxDOT says drivers should plan for the left three lanes to be closed for most of the day.

Penelope Jones was on her way to work in her brand new car when she hit the pothole, blowing her right front tire.

"I was probably going about 45 miles an hour," Jones said. "I did not see it coming."

Jones was late to work -- and she's not the only one. Ronald Watters also hit the hole.

"Since it was foggy, I drove slow and was in the inside lane," Watters said. "Then this happens."

While we were live on air, two additional accidents happened in the HOV lane, causing more backups. Rubberneckers who stopped to check out the pothole weren't paying attention. No one was hurt.

"Could have been a lot worse," Watters said.

A TxDOT spokesperson says TxDOT does not pay to repair the damaged cars. But, they do want to hear from you if you hit the pothole. Report the accident here.

TxDOT crews just patched this pothole on Saturday. It was a temporary solution. Contract crews were scheduled to fix the pothole tonight.