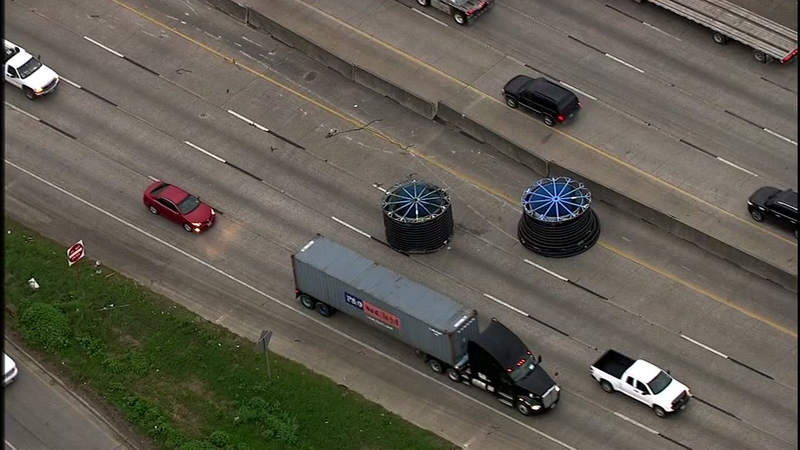 HOUSTON, Texas (KTRK) -- Nearly three weeks after a giant industrial spool was seen rolling down I-10, it happened again.

But this time the driver of the truck with the spools has been cited.

According to Houston police, 57-year-old Walter Pene of Walt Pene Trucking based in Anton, Texas, was ticketed for having an overheight load.

Pene told police that he was traveling westbound on the East Freeway Monday when he "felt a bump" and looked in the rear view mirror and realized what happened.

Drivers in Houston were forced to maneuver around two spools on the westbound lanes of I-10 at Wayside, the scene of the first runaway spool in October.
Traffic was stacked up for hours during the Monday afternoon commute as crews worked to clear the huge debris off the road.

Crews said the spools weighed 18,000 pounds each, and believed they were fiber optic casing.

TxDOT told ABC13 that overheight loads of any kind are a big problem in the Houston area.