Road repair cash is there, so why months-long delay? 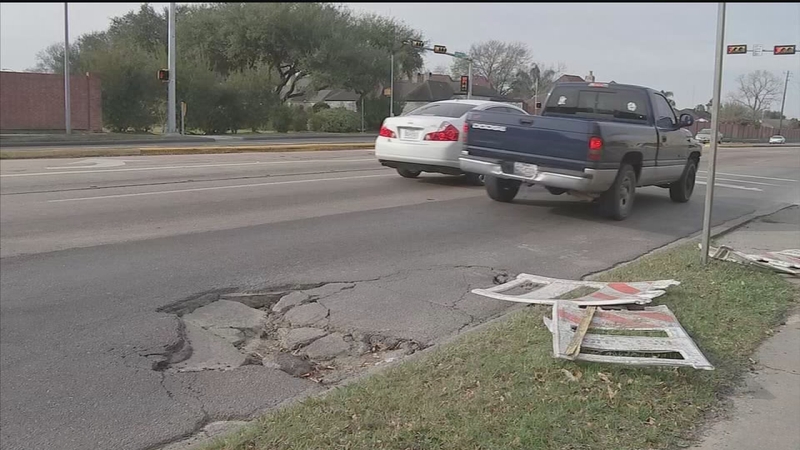 Cash is there, so why no Houston road repair?

By May, Mayor Annise Parker proposed -- and City Council signed off on -- $10.8 million of additional taxpayer dollars from the city's drainage fee targeted at fixing Houston's roads.

"We need it as bad as the public thinks we need it," Public Works Deputy Director Eric Dargan told ABC-13 at the time. "We need to respond to their requests in a timely manner and do a good, efficient job in the process. We need it badly, we need reconstruction badly, we need maintenance badly."

But a new ABC-13 investigation has found that not only are the potholes are still a problem, the problem is worse: Pothole repair is down 45 percent since the new money was voted on, according to city records.

"The process took longer than you normally would have hoped," Dargan told ABC-13 on Monday. "I believe that people probably expected to see it quicker and sooner."

Indeed, eight months later, 80 percent of that money dedicated to road fixes has yet to be spent, creeping through the pipeline of city bureaucracy, records show.

"They are paying dollars for the drainage fee and they're not seeing the results of their investment," said Councilman Larry Green, who fought last year to get the additional money dedicated to road repair. "We have to be able deliver products faster than it's happening."

Green's Council District K stretches from the edge of the Texas Medical Center to Fort Bend County and includes the Astrodome. He says he's hearing from constituents about potholes every day -- and so are his colleagues.

"Every council member in the city is hearing from their constituents and I'm sure in the upcoming election it's going to be a big deal," Green said.

People this week appear to be no happier with the roads then they were when ABC-13 did its last probe into the city's pothole plague.

"It's gotten worse and worse," said Carlos Romero, who works on Elysian Street, not far from a gaping hole in the road that could double for a bird bath. "It just gets hit and hit. It's awful, man."

James McDaniel lives in an apartment near a yawning, kiddie-pool-sized pit on Fondren Road. The hole is marked by warning signs placed there by Public Works, but those signs have been long since flattened by traffic. The pothole remains.

"The whole apartment vibrates" when vehicles pound through the pothole, McDaniel said. "Everything vibrates."

And a string of drivers on West Airport Boulevard driving by a pothole the size of a baked whole ham and the shape of the sarlacc pit from Star Wars VI: Return of the Jedi said they were angry at the lack of progress.

That pothole has been there "a long time," she said.

City officials said that all the boxes have been checked for the new money pledged in 2014 and they are ready to move.

"It's planned to be spent soon," Dargan said. "The normal process, in all honesty, averages about 10 months. This was sped up."

He also said the city's process, while sometimes taking as long as 10 months to get projects approved, is designed to ensure fairness and transparency.

"It should be up and running full speed this month," Dargan said. "There's a process in place that we had to go through to get contractors on board to be able to assist us in spending that money,"