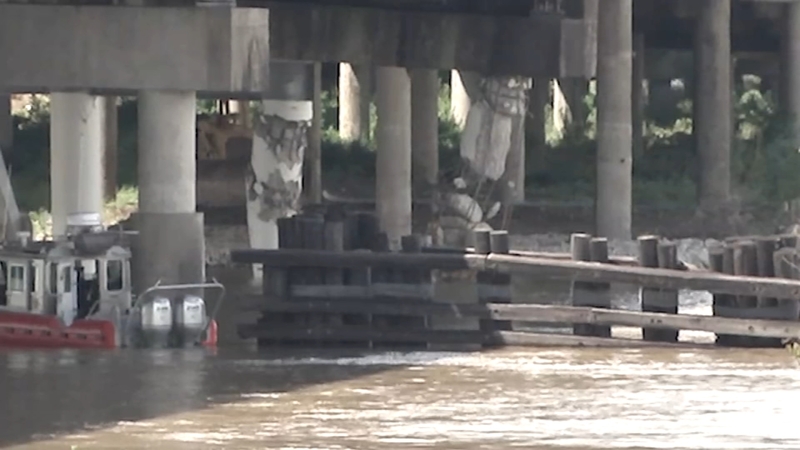 HOUSTON, Texas (KTRK) -- Divers and state engineer teams inspected the I-10 bridge over the San Jacinto River Monday, and confirmed damage to several support columns on the westbound span of the double bridge.

The structure was struck by several loose barges during the height of last week's flooding during Imelda.

The plan, according to TxDOT spokesperson Danny Perez, is for the eastbound side of the double bridge to be converted to two-way traffic by the end of the week. Barricades have to be installed to separate traffic lanes, and re-striping will be required to direct traffic at switch-over points.

The westbound bridge section will remain closed until major repairs are completed.

"It's usually a 10-minute drive to Channelview," said Butch Henderson from his Crosby home. "It took me an hour and 20 minutes and that was (Sunday) afternoon."