What was stolen from Tony Buzbee's River Oaks mansion 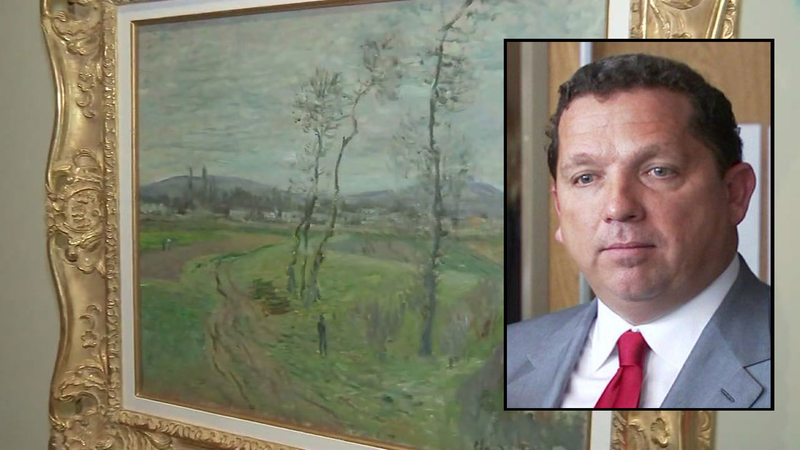 What was stolen from Tony Buzbee's home

HOUSTON, Texas (KTRK) -- Three guns, $50,000 in watches and a painting by Pablo Picasso are among the millions of dollars worth of belongings Houston mayoral hopeful Tony Buzbee says were stolen from his River Oaks mansion.

We're learning new information about an encounter the prominent attorney said he had with a burglar inside his home early Monday morning.

In all, Buzbee said $21 million in belongings were taken, including:

Buzbee said he grabbed his pistol when he found his front door open around 6 a.m. Monday, and told his son to call 911.

When Buzbee spotted the suspect, he said he pulled the gun on him, but the pistol misfired.

At one point, he watched the man as he tried to take a motorcycle from his garage.

A preliminary report by Houston police stated the loss of property is valued at several million dollars.

The aspiring mayoral candidate isn't new to drama surrounding his gated mansion. In 2017, a woman was charged with damaging $300,000 worth of art inside Buzbee's home after the two went on a date. That case was settled and never went to trial.

That same year, he also upset his River Oaks neighbors after parking a World War II tank along River Oaks Boulevard and refusing to move it for a while.

No arrests have been made in Monday's robbery.

City council members discuss items on the agenda during a meeting Wed., November 28, 2018.

The eccentric multi-millionaire has his eyes set on the mayor's office at Houston city hall, free from outside interests, he says. ABC13's Chauncy Glover reports.

A woman accused of destroying pricey artwork belonging to a high-profile attorney appears in court.