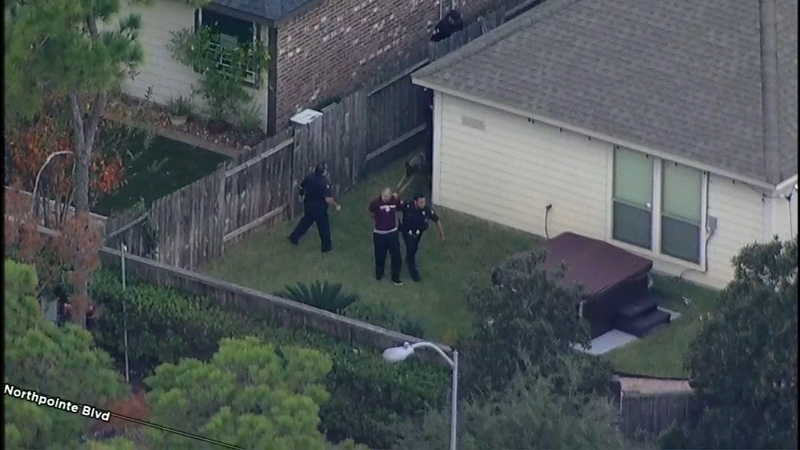 TOMBALL, Texas (KTRK) -- Three people suspected of breaking into cars at an outlet mall were taken into custody at the end of a high-speed chase along Highway 99 Thursday afternoon.

When deputies began following the car, the suspects began to throw several items out of the window of their vehicle. Those items are believed to be stolen merchandise from shopper's vehicles.

Deputies continued pursuing them as they fled on the 99, eventually leading to a neighborhood in the area of Northpointe and Sydney Park Lane.

All three suspects attempted to run away from the scene on foot. A woman who was behind the wheel of the getaway car was arrested almost immediately.

A third suspect was captured by a constable K-9.

The end of the chase was captured live by SkyEye13

A perimeter was set and a Constable Canine captured the third and last suspect near Northpointe and Sydney Park Lane.

Deputies believe the suspects are from the Bryan area.

After the arrests, the constable's office reminded folks to be on guard while out at the area's shopping centers, especially during the holidays.