What you need to know about Sen. Tim Kaine 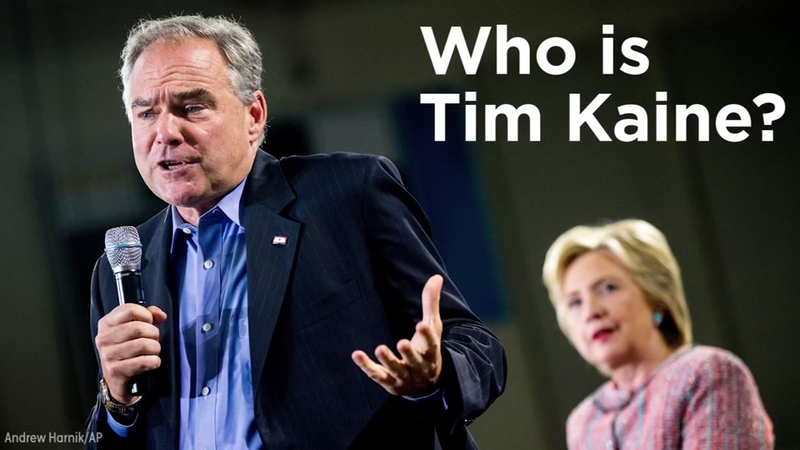 Who is Tim Kaine?

I'm thrilled to announce my running mate, @TimKaine, a man who's devoted his life to fighting for others. -H pic.twitter.com/lTVyfztE5Z

Kaine, 58, served as Virginia's governor and as the mayor of Richmond before joining the Senate in 2012, where he has been active on foreign relations and military affairs.

He is considered a safe choice for Clinton, according to the Associated Press. He will be able to help court moderate voters against Republican presidential nominee Donald Trump and his running make Indiana Gov. Mike Pence.

Kaine was born in Saint Paul, Minn., and earned a law degree from Harvard Law School. Before graduating from Harvard, Kaine spent a year in Honduras working with Jesuit missionaries and is fluent in Spanish.

His wife, Anne Holton, serves as Virginia's secretary of education. The couple have three children. Their eldest son, Nat, is serving as a Marine.

Just got off the phone with Hillary. I’m honored to be her running mate. Can’t wait to hit the trail tomorrow in Miami!