6 shot near stadium during Texans-Jaguars game in Jacksonville 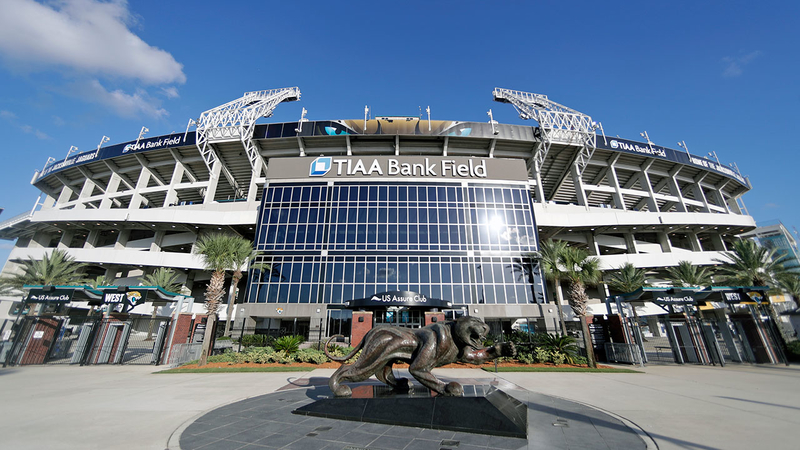 6 people shot near stadium during Texans vs. Jaguars game in Jacksonville

JACKSONVILLE, Florida (KTRK) -- Six people have been wounded, some seriously, in a possible gang-related street shooting blocks from the north Florida stadium where the NFL's Houston Texans played and defeated the Jacksonville Jaguars on Sunday afternoon, authorities said.

Ron Lendvay, director of investigations for the Jacksonville Sheriff's Office, said several shots were fired about 12:35 p.m. on Sunday outside a laundromat on a boulevard in the general area of the stadium and that five men and one woman were struck by bullets and wounded. He said all were rushed to hospitals and that they ranged in age from their 20s to the 70s.

The shooting came less than a half hour before the game's scheduled 1 p.m. start. But the sheriff's official reported no link to the game, which went on and concluded without incident.

The Texans won their fourth consecutive game Sunday, defeating the Jaguars 20-7 to take a one-game lead in the AFC South at the stadium, TIAA Bank Field.

Local media reports cited authorities as saying the shooting had had no impact on game day operations.

At an afternoon news briefing outside the laundromat where the shooting erupted, Lendvay said, authorities had cordoned off the site for an extensive criminal investigation. He added that authorities made plans to escort fans to any cars parked near the scene, allowing them to leave unimpeded once the game ended.

Lendvay told reporters that a shooter fired from the passenger side of a gray, four-door sedan driven by someone else, but details were sketchy and investigators didn't immediately determine a motive. He said the car left the area and that detectives were checking surveillance video to try to identify the vehicle and locate the occupants.

"There were at least two people in the car," Lendvay said. He added that investigators didn't know if any others were in the car and he didn't rule out the possibility of additional shooters elsewhere. Said Lendvay: "We just don't know."

Authorities had no immediate update on the conditions late Sunday of the wounded or their identities.

"A couple of them were in very serious condition on their arrival at the hospital," Lendvay said. He added that five of the wounded were rushed by paramedics for emergency care and that the sixth was taken by a private vehicle to a hospital.

He also said that authorities have been unable to immediately determine whether there was any relationship between those wounded.

"We haven't been able to interview them (the victims) at all. It's hard to say if they are all associated or not," he added.

Jacksonville City Councilman Reggie Gaffney, who represents the district where the shooting occurred, told local media that he was aware of crime problems in the area. He said a greater law enforcement presence was needed there.

"In talking to the sheriff's department, they are going to beef up patrol. Evidently, it's not working. We have a crime issue," Gaffney said. "Every other week and every other month out there, it's too much. I got several calls."