'The Great' returns for Season 2 on Hulu

KTRK
By Sandy A. Kenyon 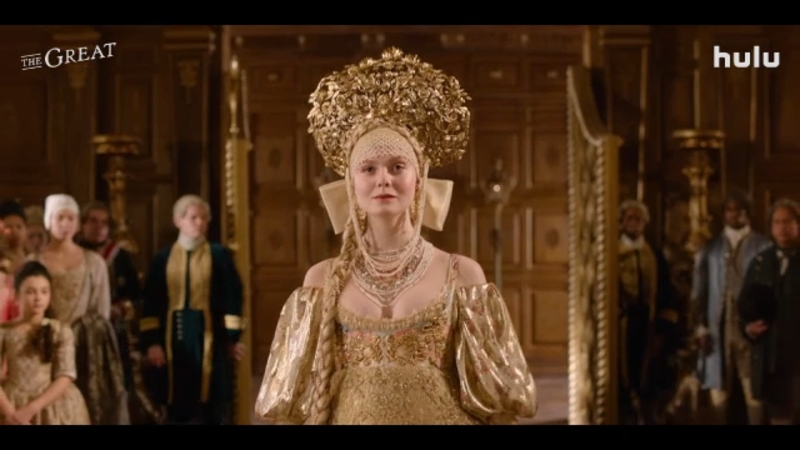 'The Great' returns for Season 2 on Hulu

When "The Favorite" earned 10 Oscar nominations in 2019, it signaled the rise of a new genre: the historical epic as comedy.

One of that films two writers, Tony McNamara, is now bringing that sensibility to 18th century Russia.

The second season of "The Great" begins streaming on Friday, November 19, on Hulu.

Elle Fanning returns as Catherine the Great, and Nicholas Hoult co-stars as the Emperor Peter.

Sandy Kenyon has more on how the movie "King Richard" marks a big leap forward for a 14-year-old performer from New York City, Demi Singleton, who plays Serena.

It's been said that "truth is stranger than fiction," but that doesn't really apply here as "The Great" can seem very strange and bizarre as it plays fast and loose with the facts.

The first seconds of the inaugural season warned us the story is only occasionally true, based loosely -- make that very loosely -- on the life of the real Catherine the Great, and season one earned Golden Globe nominations for both Fanning and Hoult.

"As a person, it's hard to shock me," Fanning said. "So for me, this was totally right up my alley."

Peter was Emperor of Russia when he married Catherine, but this season, she deposes him and grabs his throne for herself.

"One of the joys of working on the show is you can kind of be a fan of it as you're part of it," Hoult said.

Their relationship runs the gamut between love and hate and every emotion in between.

"Should we have sex?" Peter inquires at one point, to which she replies, "I'd rather choke to death on this tiny chicken."

Fanning warned fans the relationship between the two characters would get even more twisted this season.

"The Great" Season 2 begins streaming on Friday on Hulu, with Elle Fanning returning as Catherine the Great and Nicholas Hoult as the Emperor Peter.

"You wouldn't think it could get more complicated, but then it does," Hoult said.

The details of how it gets complicated are best left out of a story on a family website, and much -- but not all -- of it is made up.

The cast of a musical based on the 2007 film "The Visitor" were ready to go before the shutdown at The Public Theater. Sandy Kenyon has more on how they are finally raising the curtain.

"Some things are based off of the 18th century, like things that they would do then, like using lemon drops for contraception," Fanning said. "That was something that they did."

And the brood outlines are suggested by Catherine's real story.

"She was such an incredible woman and was so progressive and did so many amazing things," Fanning said. "So hopefully we're honoring her."