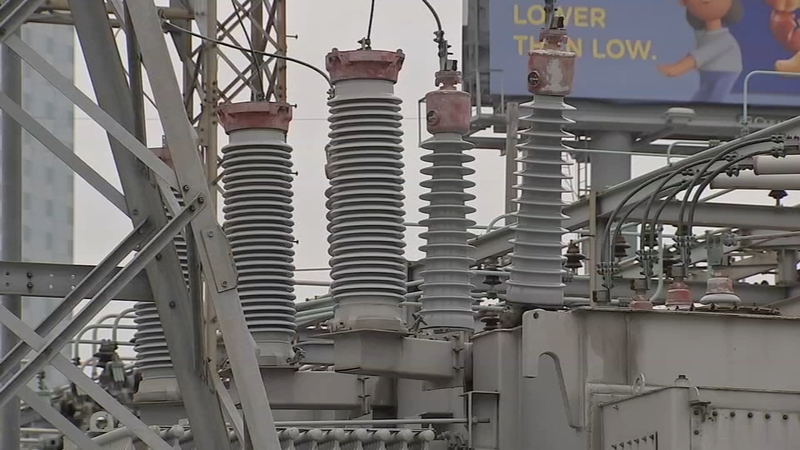 When you walk in, you see broken pipes and damage in much of the home on Houston's northwest side after they lost power for two days.

"Even though I tried to take precautions, we had a pipe burst," he told ABC13 on Monday. "There was literally ice in the toilets upstairs."

But unlike so many who suffered similar destruction from the grid failure during the historic winter storm last month, Rosenthal has a unique perspective. He is an oil and gas engineer and a state representative who wants to see substantive change in the way Texas runs electricity.

State leaders continue to probe what went wrong with the power grid during the February winter storm and what can be done to keep it from happening again.

"First, there needs to be a central point of accountability," he said. "And clearly, with the disparate system the way it is now, and you saw it come out in the hearings, people were doing this. It's not my fault, it's their fault."

Rosenthal watched the first set of hearings on the issue last week and is submitting a package of bills called STEP UP (Securing Texas Energy Power Utilities Package) which he hopes is part of comprehensive change, accountability, oversight, weatherization, and better regulation of the system.

Rosenthal's home is slowly getting fixed as he hopes the state and his colleagues in Austin will fix the grid for all of us.

Meanwhile, early Monday, Lt. Gov. Dan Patrick called for the chair of the PUC and the CEO of ERCOT to resign. By late afternoon, PUC Chair DeAnn Walker did exactly that.

Eyewitness News asked Houston resident Kory Haywood about the developments as he sees them. We first met him when members of Congress toured his damaged home in the days after the storm.

"It has been surreal," he said. "Especially in Houston when you think we call ourselves the energy capital of the world but we can't provide enough energy to stay warm."

Haywood wants to see action in Austin, but he's not sure it will happen.

"Everything that I have seen has been performative," he said. "I know [Lt. Gov. Dan] Patrick asked the ERCOT chairman (CEO Bill Magness) to resign earlier [Monday]. That's a little bit too late in my opinion."

Still, there is movement.

On Tuesday, Harris County Attorney Christian Menefee is testifying in Austin about consumer protection. He's in favor the lawsuit against Griddy and believes more changes are needed.

"There seems to be folks on both sides of the aisle who are ready and willing to do what's necessary to hold folks accountable, and hopefully to reform the system so this never happens again," Menefee told ABC13.

Two executives of power companies are currently testifying at the Texas Legislature.

They testified that last week’s power debacle was a “colossal failure,” and that the list of players at fault includes power suppliers, generators, gas companies, ERCOT, and the PUC.

He will testify in front of the committee that State Rep. Chris Turner chairs. He said Monday lawmakers must act. They have no choice.

"It's a massive failure of government," he said. "It's a failure of business and the legislature has to address it. I think the oversight that was the responsibility of the PUC was woefully lacking."

He was part of last week's hearings and thinks both ERCOT's CEO and the PUC chair should go. But as to a path forward? That's unclear.

"Anybody that tells you they know what we're going to do, I think would probably be misleading you, because I think we're still waiting on the experts," Whitmire said.