Texas woman shocked by strange lights in the sky: Video 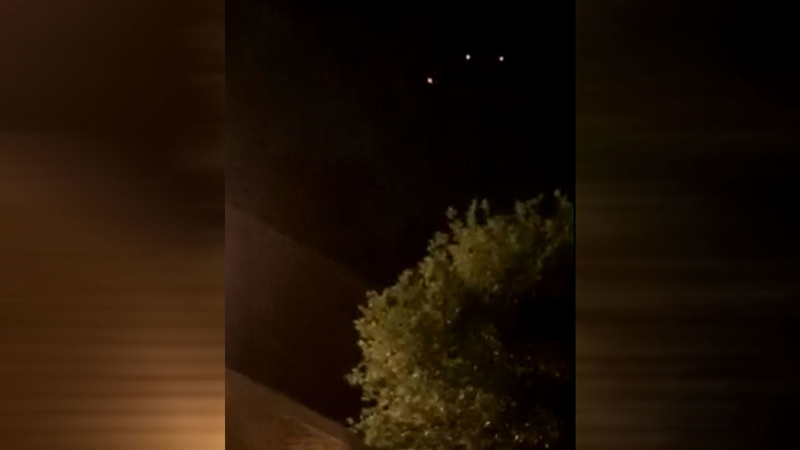 New video into the ABC13 newsroom shows three lights forming a triangle in the sky.

The woman who filmed the UFO said she and her fiancé were outside around 9:15 p.m. on April 11, when they saw the slow-moving lights.

"Okay, what is it? It's hovering," the woman asks her fiancé.
"It's helicopters."
"It's a UFO," she responds. "It's hovering in the sky, and one of the lights disappeared."

Just two weeks after a fireball was seen in the Sugar Land sky, another light has UFO enthusiasts looking up.

"I stood there in shock until I thought to reach for my phone," the eyewitness wrote.

The woman reported the sighting to the Mutual UFO Network, saying, "It stayed stationary. (The lights) seemed to rotate slowly as it raised higher and the lights went out one by one."

The eyewitness said she heard "no sound at all" during the two-minute sighting.

UFO investigators were contacted in December after a fireball was spotted over the skies of Spring, Texas.

MUFON says they received this video as part of a reported UFO sighting in Katy.