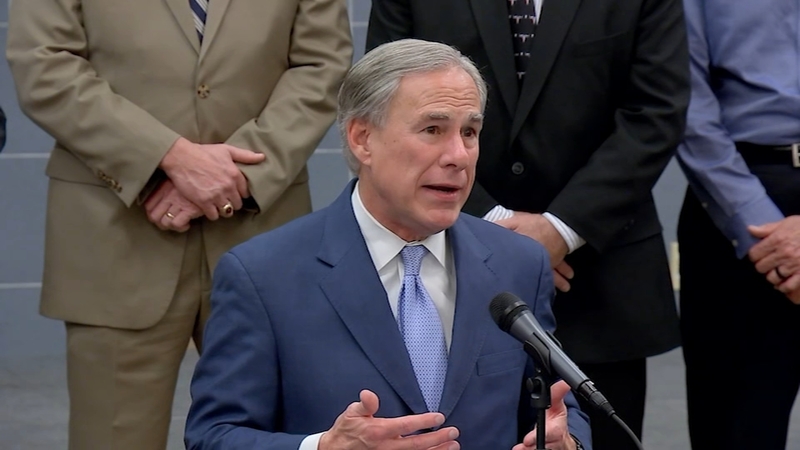 HOUSTON, Texas (KTRK) -- With less than two months away from the primary election for governor of Texas, Gov. Greg Abbott made a stop in Houston Wednesday at the Houston Police Officer's Union headquarters, picking up their endorsement and the endorsement of several other local law enforcement associations.

During the event, Abbott, who is seeking his third term, spoke about his commitment to supporting law enforcement and bail reform. He also spoke about the challenges at the border and said the drug and human smuggling problems there are impacting local law enforcement.

"Beto O'Rourke was to the left of Joe Biden as it concerned open borders. He would help Biden ensure that open borders existed in Texas and completely overwhelm the ability of law enforcement to be able to respond. That cannot happen," said Abbott.

O'Rourke, who ABC13 spoke to via Zoom Wednesday, said Abbott does not have the back of law enforcement like he claims.

"When law enforcement, sheriffs and police chiefs have asked for his help, in for example, not signing a permitless carry bill into law, he ignored them. He turned his back on them. When they wanted resources to solve violent crimes because the clearance rate has declined so significantly on Greg Abbott's watch, he was found wanting," said O'Rourke.

When asked about bail reform, O'Rourke said, "So point number one, if you're violent or if there's a threat of violence from you, you're not getting bail no matter what. Point number two, if you do not pose a threat while we wait for your court date, then it should not be a function of income. It should be at the discretion of the judge," said O'Rourke.

Abbott said he would like to a pass an amendment on who is and is not eligible for bail in the next session.

"Bottom line is this, we need to stop releasing dangerous criminals back on the streets only go out and kill others," said Abbott.