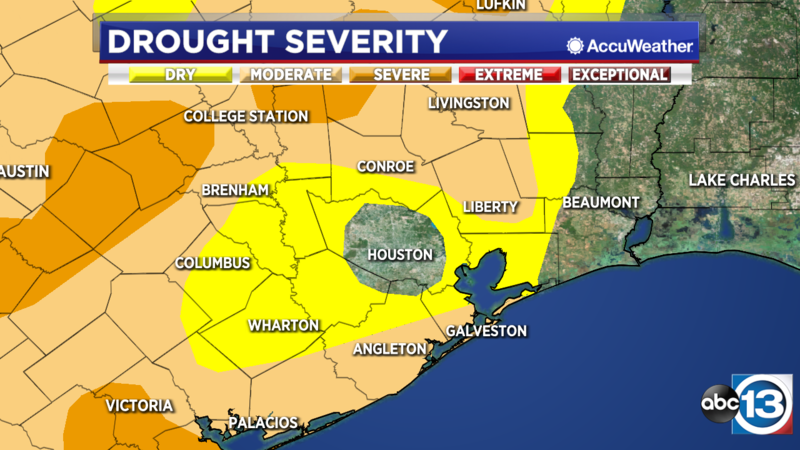 TEXAS (KTRK) -- The dry weather that Texans have seen throughout October and November could last until spring, according to forecasters.

October is usually one of the wettest months in the state, and the lack of rain has resulted in the expansion of the drought across Texas in the first time in over six years. West Texas only recorded 1.45 inches of rain in the past six months, according to state climatologist John Nielsen-Gammon.

La Niña's development in the Pacific Ocean - cooler than normal water temperatures - a few months ago points to continued dry conditions. Those conditions are likely to continue through spring, leaving southern portions of the U.S., including Texas, dry through March, according to the Climate Prediction Center.

Nielsen-Gammon said as a general rule, the stronger the La Niña, the greater the likelihood of below normal rainfall.

Southeast Texas is also seeing the expansion of drought, with conditions emerging northwest of the Houston area. Meanwhile, much of Harris County is now under "abnormally dry" conditions, which is the precursor to moderate drought. Since September, the George Bush Intercontinental Airport has only received 9.26 inches of rain compared to the normal total of 12.90 inches.

A cold front arriving after Thanksgiving will be the best possible chance of measurable rain in over two months. Latest models indicate rainfall totals could range between two to three inches. This front won't wipe away the drought completely, but it will help bring some relief.

Current drought conditions are not unique to Texas, said Nielsen-Gammon. Severe drought extends as far north as Montana and as far west as the Pacific Coast. The combination of high summertime temperatures and a lack of typical summertime rainfall have left little moisture in the soil.