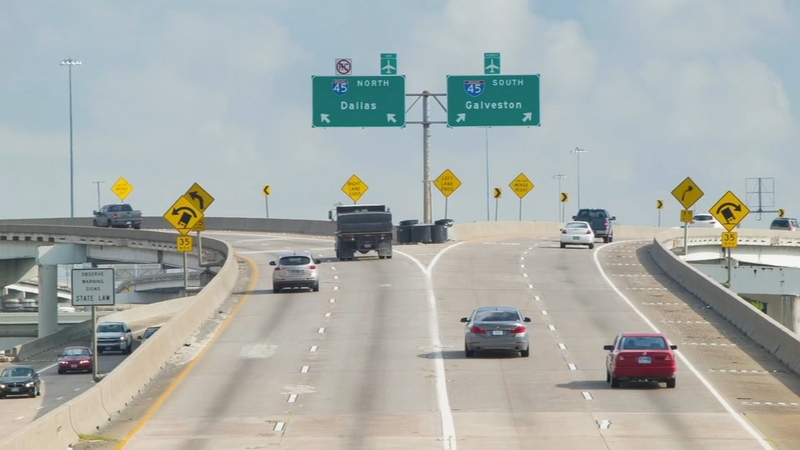 HOUSTON, Texas (KTRK) -- Traffic is making a comeback, but during the shutdown, Texans have been tempted to break the rules of the road.

With open roadways and light traffic during the shutdown, drivers have felt the need for speed.

According to a survey from car dealership San Antonio Chrysler Dodge Jeep and Ram, one in 10 Texans admit to breaking more road rules than usual during quarantine.

Road rage continues to be an issue as 27 percent of Texas drivers say tailgating and pulling out in traffic without notice are the main causes for their anger.

SEE ALSO: Houston roads saw half of the average drivers in April

This was followed by drivers using cell phones at 26 percent, cutting in a line of traffic at 10 percent, and blocking an outside lane also at 10 percent.

The survey also asked drivers on a scale of one to 10 how well they get along with other drivers, with 10 being the best score. The average score in Houston was 4.6.

One benefit of the shutdown is that Texans are rethinking their commutes.

RELATED: Even the sheriff thinks speeders are 'out of control' around Harris County

Many people have begun considering working from home long-term, while others are looking to find new ways to get to and from work.

With fewer cars on the road, many insurance companies are issuing discounts and refunds for coverage during the shutdown.