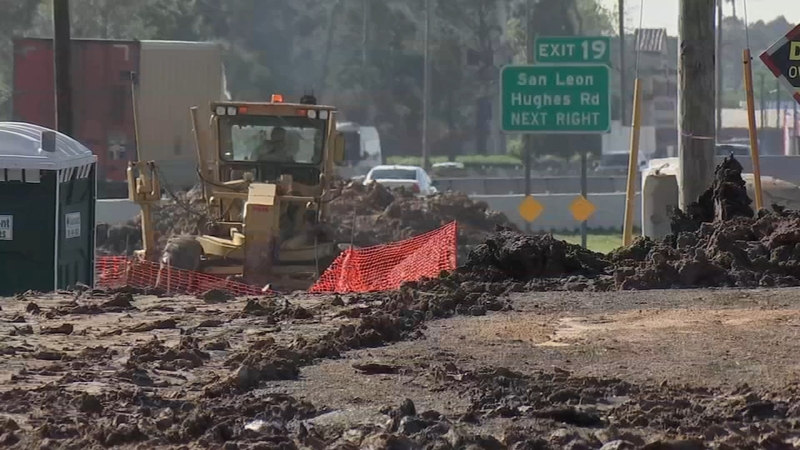 How the pandemic is changing Houston construction

HOUSTON, Texas (KTRK) -- With businesses closed and employees working from home instead of commuting, road construction is moving forward faster than ever.

Over the weekend, TxDOT reached a major milestone in the I-610/US-59 interchange remodel.

"We are making great progress and taking every opportunity to accelerate work where we can," said Danny Perez, spokesman for the Texas Department of Public Transportation. "Our goal has always been to complete this project as quickly as possible while also minimizing impacts to the traveling public."

After being shut down for a year and a half, the new permanent dedicated ramp from US-59/I-69 northbound onto I-610 southbound opened on April 19.

The timeline sped up because crews could get to work sooner. TxDOT had planned to pause much of the construction in this area in March during the Houston Livestock Show and Rodeo. When the rodeo was cancelled, work ramped back up.

The new I-69 northbound ramp to I-610 southbound, which has its own Fournace Place exit ramp, allowing trips from southwest Houston into Bellaire without having to get on the Loop itself.

The $259 million, yearslong project is showing more visible signs of progress, with more to come this spring and summer.

Here is a snapshot of what's coming for the interchange project.


TxDOT's project to widen I-45 in Galveston County is also seeing a benefit from lighter traffic. Crews are getting a few more hours each night to work.
Instead of shutting the freeway down at 9:00 p.m., the closures now go into effect at 7:00 p.m.

And if you've driven down Westheimer recently near the Galleria, you've seen crews hammering away on a major resurfacing project. TxDOT is working around the clock, instead of just at night, thanks to the lighter traffic.

Our partners at Community Impact helped contribute to this article.