Houston's downtown skyline appears dimmer Tuesday, but not yet dark 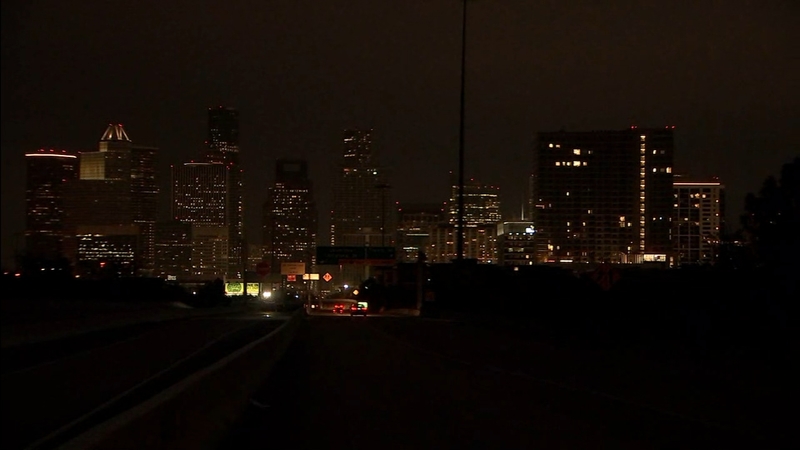 HOUSTON, Texas (KTRK) -- Anger over Texas' power grid failing in the face of a record winter freeze mounted Tuesday as millions of residents in the energy capital of the U.S. remained shivering with no assurances that their electricity and heat -- out for 36 hours or longer in many homes -- would return soon or stay on once it finally does.

"I know people are angry and frustrated," said Houston Mayor Sylvester Turner, who woke up to more than 1 million people still without power in his city. "So am I."