KTRK
By Ted Oberg
HOUSTON, Texas (KTRK) -- Despite conducting more than 66,000 tests over the last week, Texas still remains near the bottom of the list for overall COVID-19 testing nationwide.

Texas is conducting 7,762 tests per 1 million residents, according to a 13 Investigates analysis of data from the COVID Tracking Project. That puts it in 49th place nationwide when compared to all 50 states and Washington, D.C.

RELATED: 'Numbers could be underrepresented' as request for COVID-19 tests unfulfilled 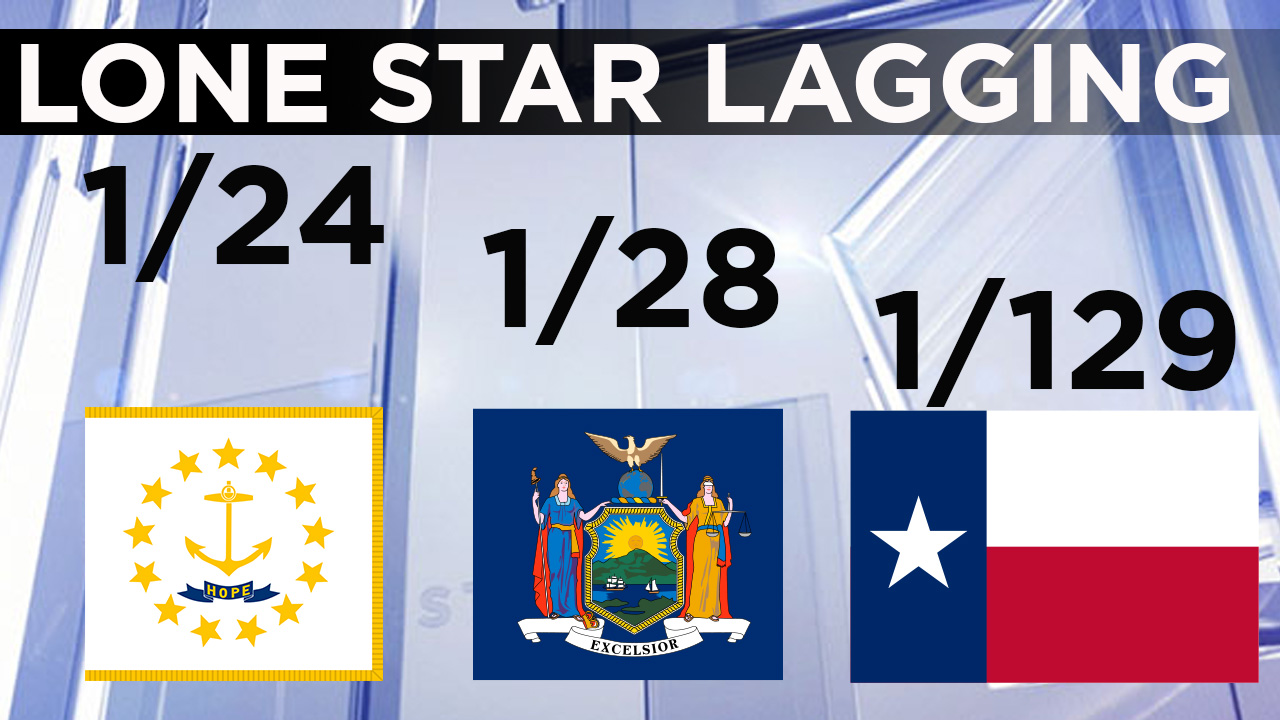 Overall, Texas has conducted 242,547 tests as of Friday afternoon, according to the Texas Department of State Health Services. There's a total of 22,806 COVID-19 cases reported in 204 counties.

Texas Governor Greg Abbott pledged to increase testing by 10 percent every day in Texas, and promised last week that testing supply chains are starting to loosen up, but so far the state is nearly 10,000 tests behind where it should be if testing were increasing at that speed.

And, as the state is days away from hearing about a re-opening plan, Houston Mayor Sylvester Turner says he's not certain how that will look.

"You can open up but it's like you're flying, but you're flying blindly and you're hoping and praying that the virus is not prevalent and so the testing is what determines who has it, where it is and how pervasive it is in our community," Turner said.