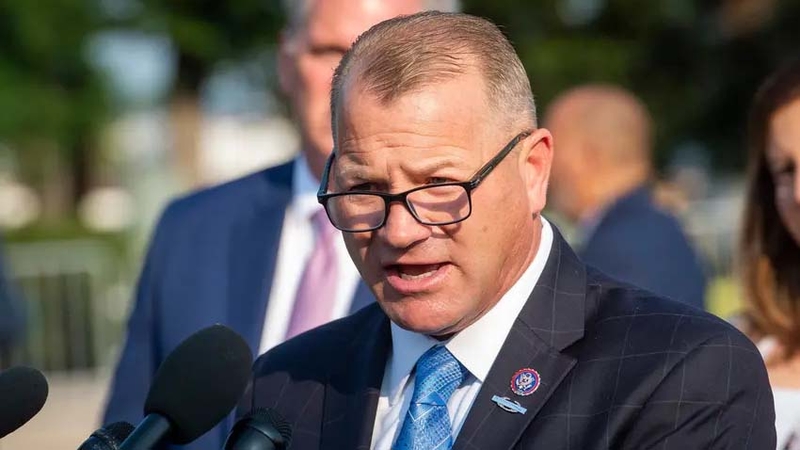 WASHINGTON, D.C. (KTRK) -- The U.S. Capitol Police said Tuesday they were conducting a routine security check of U.S. Rep. Troy Nehls' office three months ago, rejecting an accusation from the congressman that officers were using illegal tactics to investigate him as political retribution.

Nehls, a Republican from Richmond, claimed without evidence on Twitter on Tuesday morning that U.S. Capitol Police intelligence officers illegally entered his office in November and photographed legislative documents. He speculated that the actions came because of his criticism of House Speaker Nancy Pelosi and the select committee investigating the Jan. 6, 2021, Capitol insurrection. While Nehls, the former Fort Bend Sheriff, helped defend the Capitol on the day of the attack, helping police barricade the doors, he has since labeled investigations into the events as a Democrat-led attack on former President Donald Trump.

"Upon discovering a member of my staff, special agents dressed like construction workers began to question him as to the contents of a photograph taken illegally two days earlier," Nehls tweeted.

Capitol police later issued a public statement that said Nehls is not under investigation and the search was routine procedure because his office was found open.

"If a Member's office is left open and unsecured, without anyone inside the office, USCP officers are directed to document that and secure the office to ensure nobody can wander in and steal or do anything else nefarious," Capitol Police Chief Tom Manger said in a statement.

"No case investigation was ever initiated or conducted into the Representative or his staff," Manger said.

Manger said in his statement that police personnel were following up with the staff after they initially secured his empty office.

Nehls, a freshman congressman and former police officer, made headlines the day of the riot for helping secure the House chamber from the influx of supporters of Trump who were trying to stop certification of Joe Biden's election. But afterward, on the evening of Jan. 6, 2021, he joined the Republican effort to oppose certification of votes in Arizona and Pennsylvania.

I was proud to stand shoulder to shoulder with Capitol police barricading entrance to our sacred House chamber, while trying to calm the situation talking to protestors.

What I’m witnessing is a disgrace. We’re better than this. Violence is NEVER the answer.

Since the riot, Nehls has toed the Republican line of opposing the investigation into the attack. He has condemned the rioters for infiltrating the Capitol but declines to blame Trump for the event.

In June, House Democrats voted to establish a House Select Committee to investigate the Jan. 6 attack, with all Republicans besides Liz Cheney of Wyoming and Adam Kinzinger of Illinois voting against the move. Afterwards, House Minority Leader Kevin McCarthy recommended Nehls as one of five Republicans to sit on the committee. However, Pelosi rejected two of McCarthy's recommendations, and the minority leader pulled all of his picks from the committee in protest.

Since then, Nehls told Forbes that he and the other four Republicans originally recommended for the Jan. 6 committee have established their own probe.

On the one-year anniversary of the riot, Nehls released a statement calling Pelosi's select committee a "weapon against President Trump" and accusing her of failing "to protect the Capitol grounds."