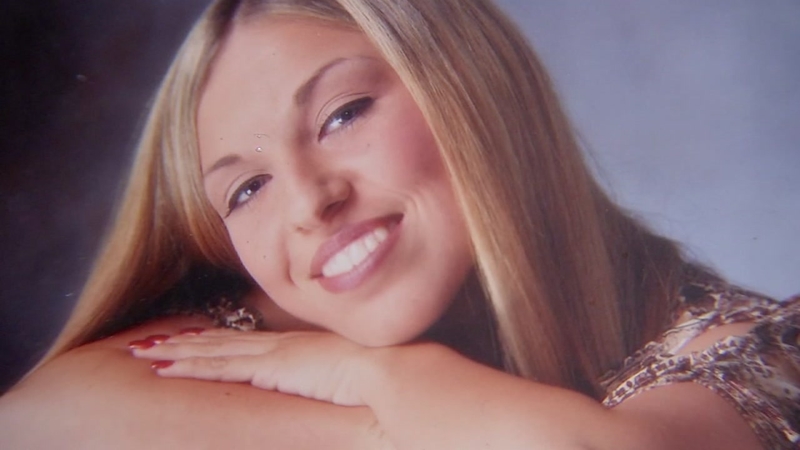 TEXAS CITY, Texas (KTRK) -- Texas City police have arrested one person and are looking for another in connection with the murder of a mother of three.

The body of Lucy Bertrand was found in her home last Thursday. Her family said her cellphone had been taken, as well as her jewelry.

Amy Lynne Medina, 37, was arrested on an unrelated warrant Friday evening, the day after the murder.

While in custody, she was charged with the murder of Bertrand. She remains in jail, with a bond set at $250,000. An arrest warrant has also been issued for a 19-year-old alleged accomplice.

"She knew Amy, and her twin sister, who she brought to my house when she delivered groceries to me," she said.

Lucy had longtime friends who also believe she knew Medina.

"There's knowing somebody, and then there's being a friend. Medina was no friend to her," said Ashley Valdez, who knew Lucy since they were both kids.

"She was a mom, a good mom," said Anna Galvan, another of Lucy's close friends.

"She was that mom who went to all her kids' games and events and yelled really loud for them." She added that the woman accused of killing her friend "is a mom, too."

A few years ago, Lucy's brother, Jesse, was shot and killed by a robber.

"I only have one child left now," said her mother. "And I worry for her children, who have been staying with her since their mother's death.

The family is asking for help with funeral expenses and has a Go Fund Me page set up under the name Lucy Bertrand.