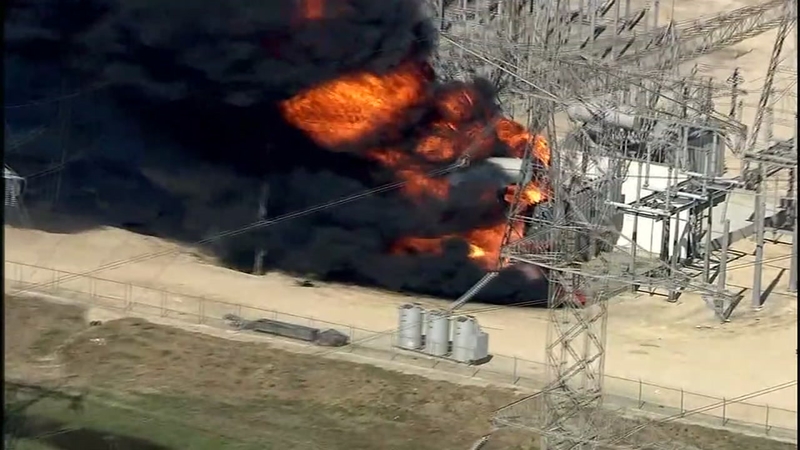 Flames and smoke seen for miles after explosion in Texas City

"As soon as I saw (the) black smoke I knew something bad was going on," said Texas City resident Marshal Fezekus, who captured video of the incident as he waited to hear if he had to evacuate.

Officials say the fire exploded late afternoon at the facility near FM 517 and Highway 146.

A mineral oil fire is being blamed for the explosion.


Texas City emergency manager Tom Munoz says though the fire looked fierce and the smoke was thick, no evacuations or shelter in place orders were needed.

Mineral oil is sometimes used to insulate electrical equipment- firefighters had to wait for it to burn out.

Highway 146 was closed by emergency officials for part of the afternoon but has since been reopened to traffic.

Officials in League City tweeted that a widespread power outage in their area is also related to the fire.

There is currently a widespread power outage in our area due to a fire at a CenterPoint Energy facility in Texas City located on the intersection of FM 517 and State Highway 146. No injuries have been reported. To check on the status of the outage, go to https://t.co/GkDsmWirSn pic.twitter.com/1Z9qECgL5v

No injuries have been reported.

Hwy 146 has been reopened