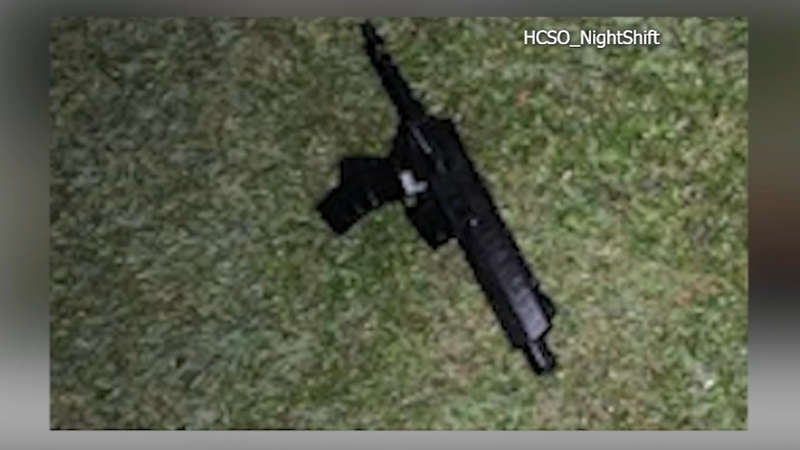 HARRIS COUNTY (KTRK) -- A man is claiming self-defense after he shot and killed one of two teen robbery suspects who approached him with a toy gun overnight in northeast Harris County, the sheriff's office said.

The deadly shooting happened around 1:40 a.m. at the Forest Creek Apartments on Uvalde near Wallisville Road.

The man told deputies he went to the apartment complex to meet a woman he connected with on a dating website. He alleges that while he was there, two people approached him with what he thought was a real gun.

That's when the man pulled out his own gun, shooting one of the teens. According to deputies, the second suspect tried to give his friend CPR, but the other teen died.

After the shooting, the man's gun jammed. He then drove to a gas station nearby and called 911.

Deputies say though the weapon looked realistic, it was actually a toy AR-15 rifle.

"We did find what turned out to be a toy gun, but we've also got some other evidence over there," said HCSO Sgt. Ben Beall. "We're in the early stages of the investigation and it's going to take a little bit to figure this out."

The second teen in the attempted robbery was being questioned, but it wasn't known if any arrests were made.