Teen remains in ICU with head injuries after hit-and-run

KTRK
HOUSTON, Texas (KTRK) -- A 15-year-old boy remains in the ICU more than a month after being hit by a car as he was crossing the street in southeast Houston.

Henry Bellard, a freshman at Milby High School, was trying to get to Burger King on Broadway near the La Porte Freeway, according to family friends. The teen was either riding or carrying his skateboard when he was hit.

"He has had three surgeries since, but as of now, he is awake," said the teen's uncle Jose Cardiel. "How can you leave someone there? No matter who it is, but it was a kid."

Police say a driver in a white van hit the teen and then took off. The driver has not been found. A bystander called for help and Bellard was rushed to the hospital with head trauma. His family said Bellard is awake, but he's unable to speak and is undergoing rehab.

"It was a really bad hit to the head," said Cardiel. "They had to do emergency surgery."

The family has organized a fundraising event to help support Bellard's mother, who has been by his side since the accident and is no longer working. 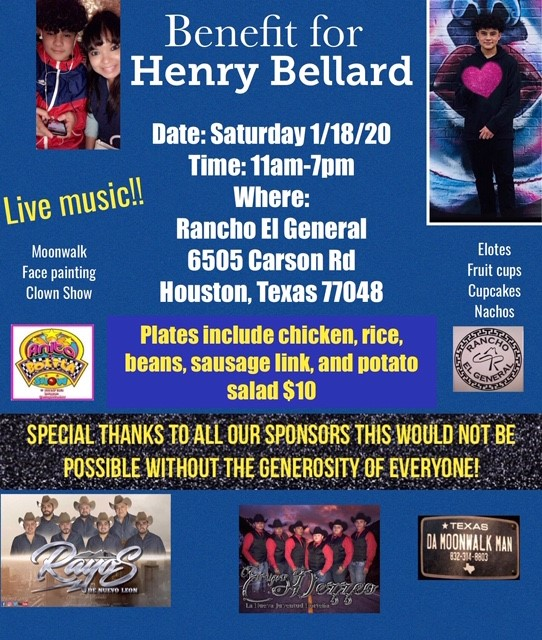 "She's being the strongest she can be," said Cardiel. "That's her only baby and she's trying to make sure that everything goes well. We're hoping to get as much as we can to help prepare for the future."

A GoFundMe account has been set up for the teen.

The fundraiser is scheduled for Saturday, Jan. 18 beginning 11 a.m. until 7 p.m. at Rancho El General at 6505 Carson Road. Food will be for sale and attendees can enjoy family-friendly events including face-painting, live music and a clown show.

Anyone with information about the hit-and-run is asked to contact the Houston Police Department.

15 deaths at rehab facility in Katy investigated for outbreak
What would it take for bars to reopen in Texas?
Humble ISD cyberattacked on 1st day of school
Russia registers COVID-19 vaccine, Putin's daughter given it
You could get in trouble for getting mysterious packages in mail
Show More
Lessons for schools after many bus drivers get COVID-19
UH football player opting out of season over health concern
Cy-Fair ISD plans to adopt resolution condemning racism
Parents at Cy-Fair and CCISD protest back to school plans
2020's 'best' meteor shower lights up night sky, peaks tonight
More TOP STORIES News