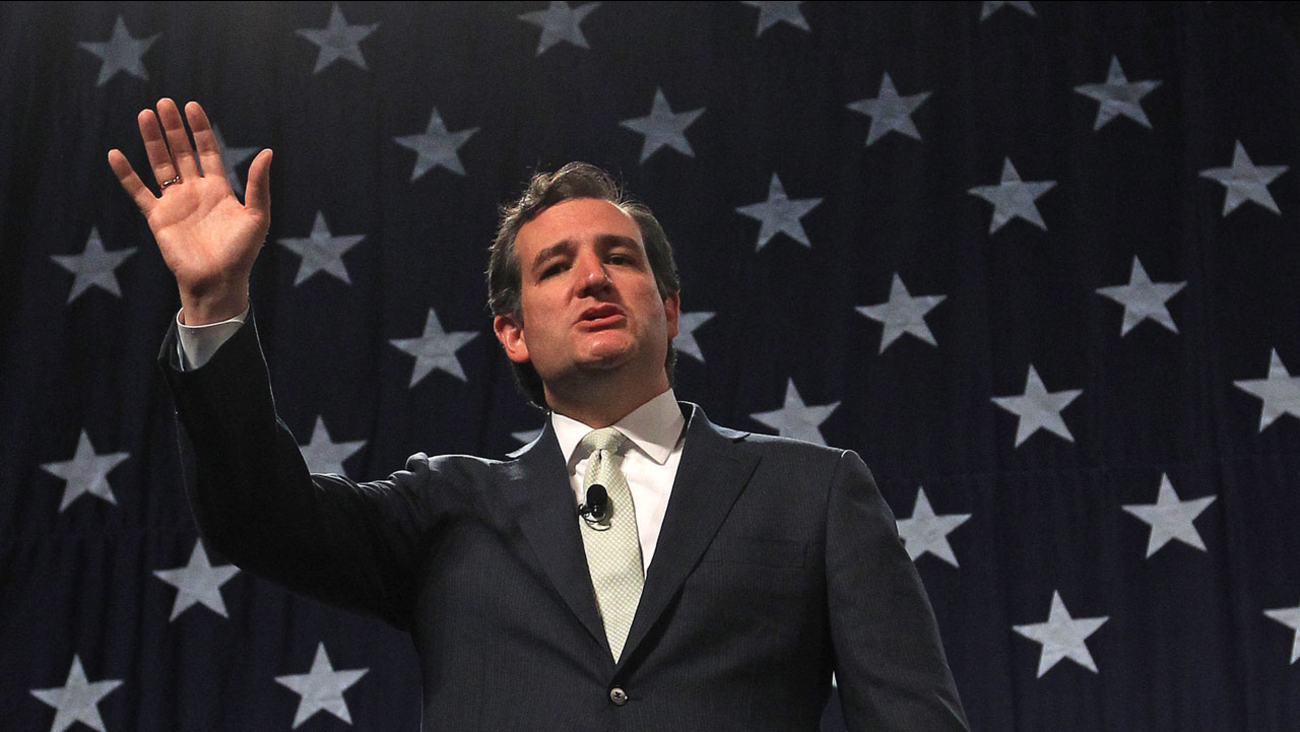 Cruz has hinted openly at his intentions to seek the White House for months, and his intention to jump into the race was confirmed by a strategist for the first-term Republican senator, who spoke to The Associated Press on condition of anonymity so as not to preclude the formal announcement.

While Cruz is the first Republican to declare his candidacy, he is sure to be followed by several big names in the GOP, including former Florida Gov. Jeb Bush, Wisconsin Gov. Scott Walker and two Senate colleagues, Kentucky's Rand Paul and Florida's Marco Rubio.

Details about Cruz's Monday campaign launch were first reported by The Houston Chronicle.

Cruz, 44, has considerable appeal among the Republican Party's base of conservative voters.

Following his election to the Senate in 2012, the former Texas solicitor general quickly established himself as an uncompromising conservative willing to take on Democrats and Republicans alike. Criticized by members of his own party at times, he won praise from tea party activists for leading the GOP's push to shut down the federal government during an unsuccessful bid to block funding for President Barack Obama's health care law.

One of the nation's top college debaters while a student at Princeton University, Cruz continues to be a leading voice for the law's repeal. He also promises to abolish the Internal Revenue Service, scrap the Education Department and curtail federal regulators, likening them to locusts.

Cruz has left little doubt about his 2016 intentions in recent weeks. He made his first trip to New Hampshire earlier this month to help lay the groundwork for a presidential campaign, having already begun to ramp up outreach to party activists and donors.

While in New Hampshire, Cruz told voters his daughter, Caroline, had given him permission to join the presidential race in the hopes that the family puppy would get to play on the White House lawn instead of near their Houston high-rise condo.

"If you win, that means Snowflake will finally get a backyard to pee in," Cruz said his daughter told him.

Cruz is set to release a book this summer that he said would reflect themes of his White House campaign.

In a recent Associated Press interview, he said he wants to counter the "caricatures" of the right as "stupid," ''evil" or "crazy."

"The image created in the mainstream media does not comply with the facts," he said.

The son of an American mother and Cuban-born father, Cruz would be the nation's first Hispanic president. While born in Canada, two lawyers who represented presidents from both parties at the Supreme Court recently wrote in the Harvard Law Review that Cruz meets the constitutional standard to run.